What We Do With Substantive Due Process 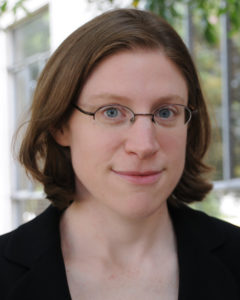 In 1980, John Hart Ely pronounced substantive due process “a contradiction in terms—sort of like ‘green pastel redness.’” Today, the idea that substantive due process is an oxymoron has become commonplace. Professors of constitutional law teach that it is so; judges rehearse the criticism in their opinions. Of course, this hasn’t stopped courts from protecting substantive rights under the Due Process Clause. But they have generally responded to this critique by invoking stare decisis rather than building any kind of affirmative textual case for the doctrine. Just five years after Ely’s quip, the Supreme Court conceded that the substantive dimension of due process is not rooted in the language of the Constitution but is simply “the accumulated product of judicial interpretation of the Fifth and Fourteenth Amendments.” This concession, among other things, has put supporters of the Court’s substantive due process rulings—particularly those vindicating sexual and reproductive rights—on the defensive. The idea that substantive due process is a contradiction in terms cloaks these rulings in illegitimacy. It suggests they are constitutionally unmoored, or worse yet, moored in an interpretation of the document that is fundamentally absurd.

Greene persuasively demonstrates that the notion that substantive due process is internally contradictory is a fallacy, at least from a historical and analytical perspective. From the time the Fourteenth Amendment was enacted through the 1960s, invocations of due process were frequently what we would today describe as substantive. Moreover, Greene argues, even so-called procedural due process questions are intractably substantive in the sense that one cannot determine when a law has been validly enacted or when a trial has been fair (i.e., what process is due) without making substantive judgments. Thus, Greene suggests, we ought to conceptualize due process “along a loose (and perhaps overlapping) spectrum from what we tend to see as its procedural to its substantive elements”—rather than as a doctrine focused properly and historically on procedure and only lately and perhaps illegitimately on substance. Put another way, there is always substance in due process. If there is a linguistic problem with the term substantive due process, it is not that it’s oxymoronic, but that it’s redundant.

The growth of this line of critique, then, tells us less about substantive due process—which Greene notes “meant about the same (if not less, substantively) in the 1980s as it did before”—than about how constitutional meaning is made. Many forces shape our understanding of the Constitution. Constitutional memes—ideas about the document that become widely shared through social transmission—are among the most powerful. The notion that substantive due process is an oxymoron is just such a meme. It gained momentum as a way of attacking progressive rulings disfavored by an ascendant conservative movement, and with this impetus replicated and spread rapidly (with help from high-placed members of that movement) until it became conventional wisdom—at least among legal elites.

At this point in his argument—after he has exposed the political origins of the oxymoron meme and demonstrated its lack of historical and analytical integrity—Greene makes a genuinely surprising move: he begins vigorously to defend judges’ continued reliance on this meme. Memes are the stuff of constitutional law, he argues. They are central to how we develop shared understandings of constitutional meaning and make the document relevant to contemporary life. When substantial numbers of people subscribe to a particular understanding of the Constitution, it becomes part of constitutional law; it becomes a tool judges may use in formulating and justifying interpretations of the document. And rightly so, Greene argues. One key feature of a legitimate constitutional argument is its persuasiveness. Indeed, he suggests that “[v]alidation from the constitutional community is a lot (if not all) of what matters to the legitimacy of constitutional law.” To choose a “correct” interpretation over a persuasive one may even, in some circumstances, be tyrannical, for the Constitution belongs to the people and they ultimately are the most important arbiters of what it means. Thus Greene defends judges’ reliance on the oxymoron meme despite the fact that it is a fallacy in historical and logical terms. What matters, he argues, is that it’s a persuasive fallacy. It has become part of our shared understanding of the Due Process Clause and this bestows on it a special kind of constitutional legitimacy.

This argument raises all sorts of interesting and provocative questions. Greene defends judges’ use of the oxymoron meme on the ground that it helps them to make their decisions legible to the “law-consuming public.” When judges deploy this meme in their opinions, they are, quite literally, speaking their audience’s language. But what will happen after some segment of the law-consuming public—including you, perhaps—consumes Greene’s article and grows skeptical of the oxymoron meme? How many people have to buy Greene’s argument that this meme is a fallacy before he stops wanting to defend judges’ reliance on it? Relatedly, does it matter, from a legitimacy standpoint, that the oxymoron meme has not spread much beyond the most elite segments of the “constitutional community”? Greene defends judges’ use of this meme at least in part on democratic legitimacy grounds, drawing support from Robert Post’s observation that “the Court must find a way to articulate constitutional law that the nation can accept as its own.” It is not clear that the nation has accepted the oxymoron meme as its own. It may be that, from a democratic constitutionalist perspective, Greene’s normative claim about the legitimacy of this meme is ultimately persuasive only to the extent that the broader public—and not just some portion of legal elites—has embraced the idea that substantive due process is an oxymoron.

Whether or not one is persuaded by Greene’s canny and provocative defense of judges’ continued reliance on the notion that substantive due process is an oxymoron, his article provides a brilliant social and intellectual history of the idea. He shows how constitutional understandings have been reshaped over the past generation by a new interpretation—one grounded not in history or common law or conceptions of the framers, but in a meme popularized by the Reagan Justice Department. Whether this form of living constitutionalism ought to be viewed as resting on a base of democratic legitimacy is not clear. But at least within the world of elite lawyering in which so much of our constitutional meaning is in fact made, Greene has shown how it’s done. Veterans of the Reagan Justice Department may call themselves originalists, but time and again they’ve proven the most effective living constitutionalists of our day.