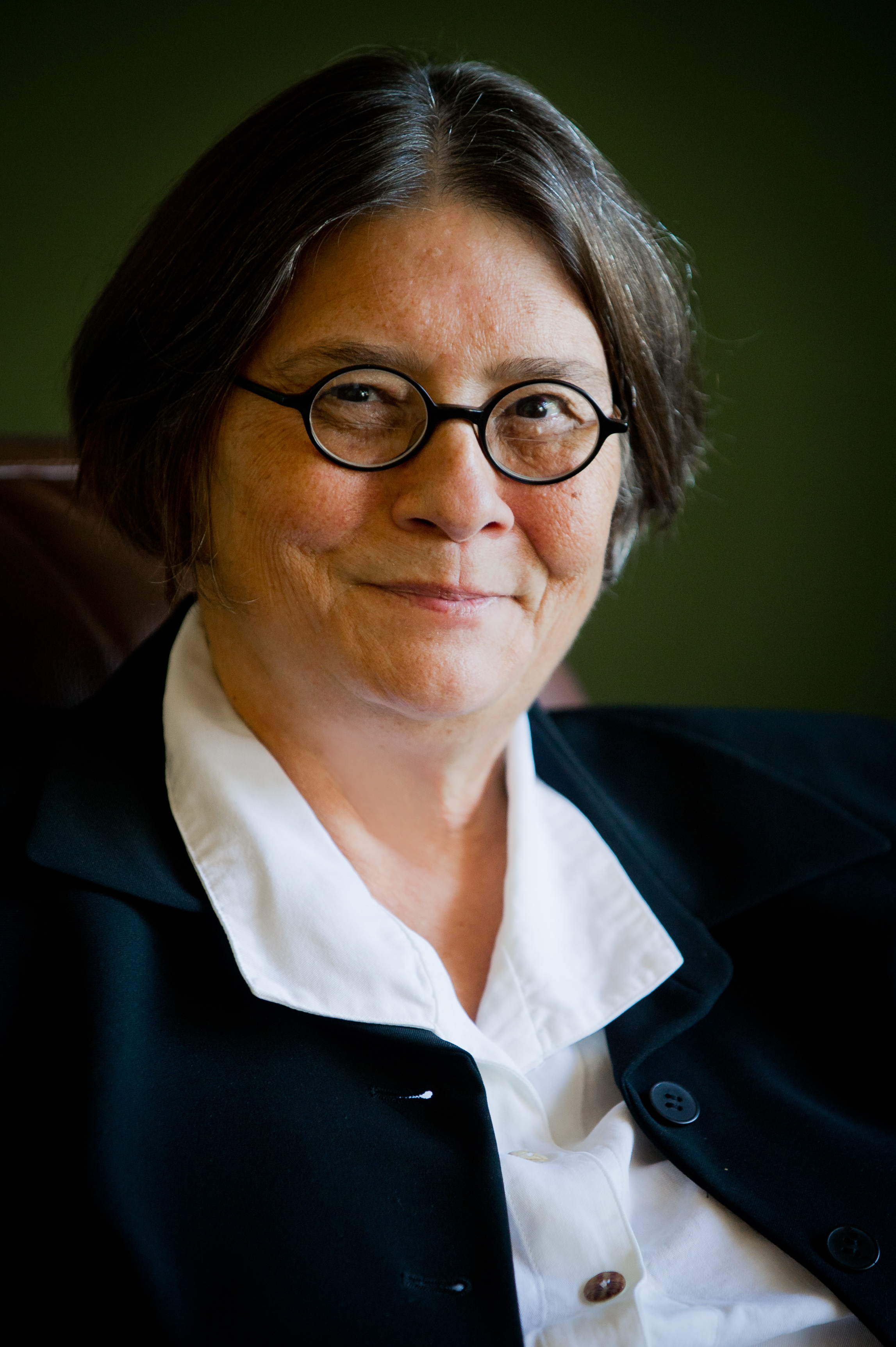 “What God says is best, is best, though all the men in the world are against it.” John Bunyan, Pilgrim’s Progress

Zalman Rothschild has published a wonderful empirical study of patterns of voting by federal appeals court judges and district judges in free exercise cases. A soup-to-nuts feast of data, doctrine, and dilemmas for a jurisprude or, God forbid, a regular American, the Article feeds the intellect, brings cheer to the most cynical legal realists among us, and offers a glimmer of hope to a waiting world wanting to believe—in federal courts. The Article provides evidence of a shift from longstanding relative consensus about free exercise claims to a starkly partisan pattern in judicial choices around these claims. At the extreme, in recent cases involving COVID 19 restrictions, the difference is total. Judges appointed by Republican presidents find discrimination every time. Judges appointed by Democratic presidents judges never do. (P. 3.)

Rothschild’s article arrives at a moment of scholarly ferment. Discussions of the free exercise free-for-all abound. Many parse the mysteries of court doctrine. Others offer one way or another out of a thicket of controversy and vitriol. Rothschild’s merger of a wide base of knowledge and analysis rises to the top, for my money, if you wonder what’s to be done, or if you need to be educated about the latest entanglement of free exercise doctrine with the culture war.

Free Exercise Partisanship is notable for unearthing a partisan pattern in judicial outcomes involving gay marriage, reproductive care, and COVID, three recent hot spots in the culture wars. In addition to the torn-from-the-headlines nature of his basic finding—partisan affiliation determines most outcomes in free exercise cases—Rothschild provides an evidence-rich jurisprudential critique of the Court’s free exercise work product, with particular reference to its embrace of judicial minimalism. (P. 5.) Despite the case for minimalism as a means of avoiding the Supreme Court’s engagement with divisive issues, the unsavory result in the lower courts is a partisan lottery for federal appellate panels. Free exercise in the appeals courts has little certain meaning, Rothschild shows, simply Red-judge or Blue-judge readings. Lawyers sporting judicial robes deploy polished legal arguments and reach opposing conclusions.

Rothschild’s article connects the empirical and doctrinal analysis to the jurisprudential consequences of ambiguity in a contested area of law. The less clarity from the highest court, the more partisan the judicial reasoning and resulting outcomes below. Free exercise, we see from the data, is ripe for partisan decision-making and attendant diminished confidence in law as neutral. When balls and strikes are called with reference to strike zones designed for the eyes of judicial political party affiliates, judicial opinions begin to resemble amicus briefs from contending interests. The evidence and doctrinal discussion by Rothschild together present an unsettling look at controlled chaos in the federal courts in an area of significant cultural conflict. Rothschild charts a path out of chaos. On one side is the specter of private conscience becoming an exemption from general law. On the other is the harsh view fashioned by Justice Scalia in Employment Division v. Smith, under which any free exercise claim must scale the steep hill of proving intentional discrimination against a disfavored religion.

To fully understand the elbow room for partisan judicial answers in free exercise matters, one must have a basic primer in the doctrinal maneuvers set loose in the aftermath of Smith. Justice Scalia’s opinion for the Court provided a brisk denial of religious exemptions from generally applicable law in the absence of proof that the state acted with discriminatory intent. This was consistent with Scalia’s general rejection of heightened judicial scrutiny of constitutional claims of any sort based on differential impact. Justice O’Connor argued that Scalia had distorted precedent. But she would have reached the same result, by concluding that the state interest in regulating a dangerous drug was sufficient to justify burdening the free exercise of religion by indigenous Americans in a ceremony involving the use of peyote.

With the equality conception of free exercise taking hold, Justice Scalia’s nightmare has in a sense come to fruition: that plaintiffs could invoke free exercise of religion at every opportunity. (P. 35.)

Smith was initially widely criticized for being improperly hostile to free exercise claims. But its effect was considerably softened by Church of the Lukumi Babalu Aye, Inc. v. City of Hialeah. Lukumi held that strict scrutiny would still apply if a law burdening religion involved either intentional discrimination or legal gerrymandering that has a similar impact. The result, ultimately, was ever-greater complexity in free exercise analysis, as courts debated the nature and breadth of this reading of Smith.

In the latest Supreme Court offering, Fulton v. City of Philadelphia, Chief Justice Roberts applied his usual mix of minimalism and complication as he strove to reconcile the outcome in that case with Smith and Lukumi. The opinion for a unanimous yet splintered Court gave us the Chief striving to avoid the sins of disruptive change in judge-made law while giving judicial partisans room to roam in search of harm to religion. “As it declined to reconsider Smith, the court applied strict scrutiny, but it barely engaged the elements of that constitutional standard.” Three concurrences by Republican appointees argued for revisiting Smith, likely pointing to an eventual overruling.

The result is confusing guidance about basic terms in free exercise jurisprudence. Legal gerrymandering means a differential application indicative of malign intent, something at least compatible with Scalia’s view on the need to prove discrimination. But advocates of a more protective free exercise doctrine have pushed for what some commentators call a “most favored nation” interpretation. As Rothschild puts this position, “General applicability demands that religion not be treated worse than almost any secular activity under the law—or, put differently, that religion be given superior treatment vis-à-vis all secular interests that are not extended exceptions.” (P. 29.) Secular interests are thought robust and able to contend for themselves, but more delicate religious interests require the hyper-vigilance of (Republican) judicial appointees. In fact, one maneuver is to refer to what a forthcoming article calls the two halves of Smith: the relatively remote case of intentional discrimination, and a newly supercharged meaning of general applicability—a kind of equality on steroids. This moves the analysis away from invidious discrimination and toward an argument that religion may not be undervalued vis-à-vis “any” conceivable secular activity. By comparison with Justice Scalia’s commitment to rational basis review and deference to legislators, most favored nation analysis has moved federal courts firmly into the contested project of advancing a policy position on free exercise.

As Rothschild shows, this position has a strong partisan correlation. Rothschild measures the votes of individual judges, a choice that may obscure the effects of panel composition on judicial decision-making. Nonetheless, the data show strong partisan preferences, and are consistent with other recent data. The article is a model of dual-purpose legal scholarship. It advances the state of knowledge about an area of law, and it is educational for a general reader interested in learning more about a current culture war mediated by the federal courts. And its skilled combination of data analysis with careful parsing of legal doctrine provides a model of how to conduct attitudinal analysis without slighting legal analysis. The article’s contributions are thus empirical, historical, doctrinal, and jurisprudential. What’s not to like?

Doctrinally, Rothschild effectively demonstrates the distance that conservative judges have traveled from Justice Scalia’s approach in Smith. Scalia insisted on the importance of leaving a wide scope for legislative decision-making and minimizing what he thought to be judicial imperialism, and was highly skeptical of rights claims that were not based on intentional forbidden discrimination. Yet somehow, free exercise jurisprudence, without overruling Smith, has become the source of an “expansive” equality jurisprudence that requires heightened scrutiny for laws affecting religion as long as a “general” law has even one exception. The concern has shifted from invidious discrimination on the basis of religion to a demand for something akin to what conservatives once called “special rights.” Bias, reconceived as a brutish indifference to religious sensibilities, is presumed—by culture warriors and, both data and opinions suggest, by Republican appointees to the federal courts. By contrast, where voting rights are concerned, any expectation of similar willingness to detect a discriminatory purpose, or a special importance of a right in need of judicial protection, appears to be in vain. The irony is not lost on Rothschild.

Rothschild’s thorough review of doctrine and voting patterns in free exercise law invites deliberation on the stakes involved in these cases, and on the judicial process itself. What should make either side in the dispute fret? Are the core values of religious freedom at stake? Or is the greater threat to the state’s need to safeguard public health and the general welfare? What does the partisan divide shown by Rothschild’s data set tell us we should worry about? In Rothschild’s view, the stakes are the reputation of the judiciary for producing stable law—including, to be sure, staying out of the way of the project of progressive law—rather than channeling personal or partisan attitudes. He acknowledges that reasonable minds may differ on the fine points of free exercise doctrine. But he argues that the “most favored nation” approach is incompatible with the two main pillars of free exercise doctrine, Smith and Lukumi.

Ultimately, Rothschild recommends that the Court at least reject the most favored nation approach. Beyond this, he argues that it may be time for the Court to reconsider judicial minimalism, at least in cases in which it combines with the polarized nature of the culture war to produce malleable doctrine and lower court confusion—and judicial partisanship. Given the demonstration he provides of partisan leanings by appellate judges, as well as the dramatic alteration of the Supreme Court’s lineup, one must perhaps only dream of a resolution unaffected by the partisan effects on judging that Rothschild reveals here. Whatever happens, Rothschild has added useful evidence and insight to the concerning story of partisan judicial outcomes in an era of culture war.