To Delegate or Not to Delegate: Celebrating a Scholarly Exchange About Originalism and the Nondelegation Doctrine 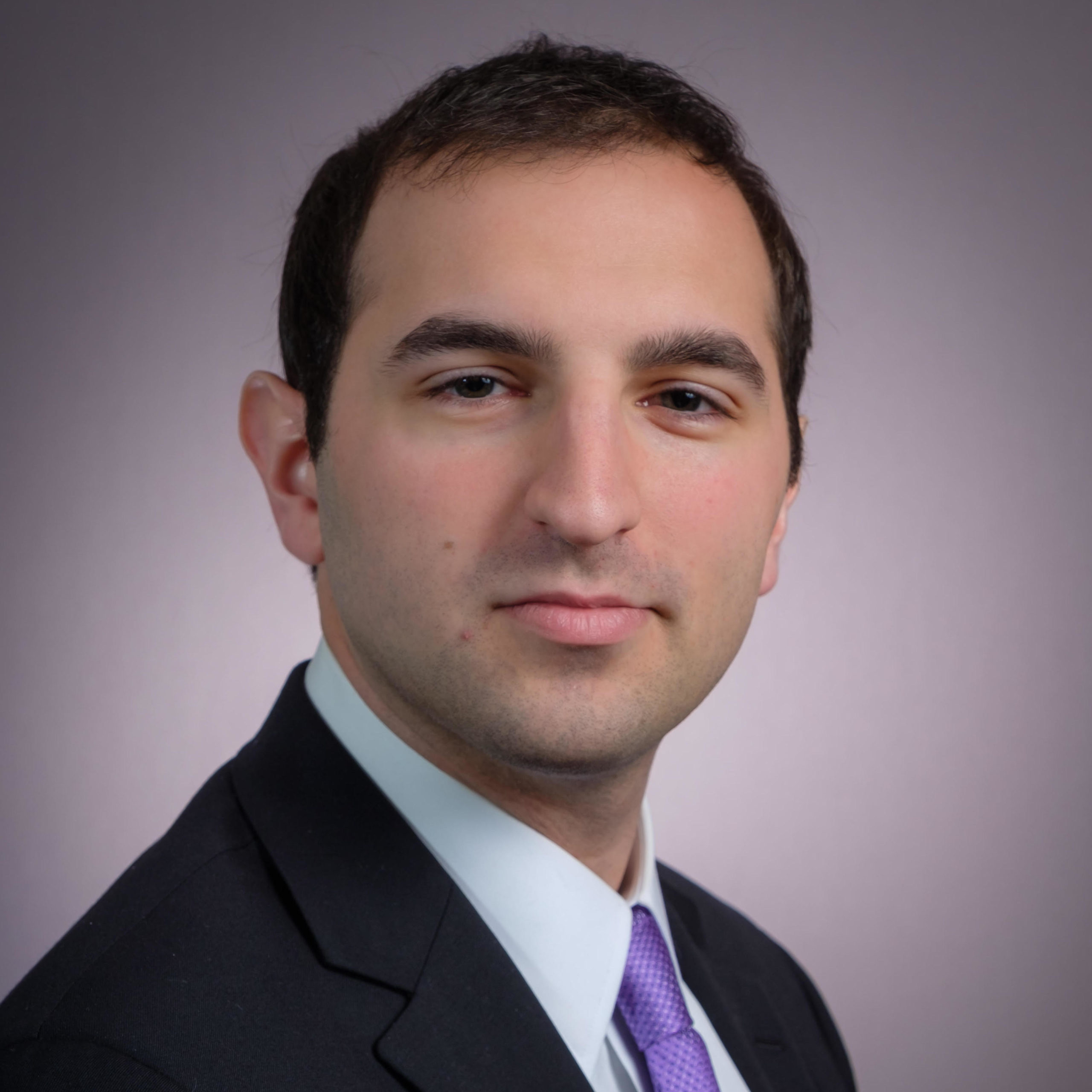 A riveting originalist debate over the nondelegation doctrine is currently playing out in the legal academy. The nondelegation principle suggests, in part, that “Congress cannot delegate its legislative power to the executive.” In their recent article Delegation at the Founding, Professors Julian Mortenson and Nicholas Bagley argue that the framers originally understood the Constitution to permit such delegation. In a forthcoming essay in the Yale Law Journal, aptly titled Nondelegation at the Founding, Professor Ilan Wurman takes the opposite position.

As a policy matter, the answer to the question whether Congress can delegate some legislative power to the executive branch could have a profound effect on the way our federal government regulates various aspects of American life. Justice Kagan has warned that a robust application of the doctrine could lead to the conclusion that “most of Government is unconstitutional,” including the promulgation and enforcement of many consequential environmental, labor, and other regulations. Some proponents of the nondelegation doctrine reply that these and other regulations involve difficult policy choices that—in the interest of democratic accountability and the preservation of liberty—Congress should not be able to pass off to the executive branch.

Professors Mortenson and Bagley, as well as Professor Wurman, bracket these normative issues and explore a different question: At the time it was ratified, was the Constitution understood as prohibiting the delegation of legislative power from Congress to the executive? The answer is important. Multiple Justices on the current Supreme Court are originalists, meaning they believe “the constitutional text ought to be given the original public meaning that it would have had at the time that it became law.” Even Justice Kagan stated during her Supreme Court confirmation that “[w]e are all originalists.” While some would prefer a more outcome-based method, Justice Gorsuch explains that “[o]riginalism is a theory focused on process, not on substance.” And if that process yields a result that one dislikes? In the words of Justice Gorsuch: “So what?” If the evidence shows that nondelegation was indeed the rule at the founding, it follows that at least some members of the Court would seek to apply that restrictive rule to the modern administrative state.

To support their originalist pro-delegation claim, Professors Mortenson and Bagley cite numerous open-ended statutes passed after the ratification of the Constitution, and they discuss hundreds of years of pre-ratification history as well. They also offer other evidence to bolster their contention. Professor Wurman—the author of a book on originalism—counters their approach in part with a methodological critique, illustrating that originalism is not merely an exercise in throwing everything against the wall and hoping something sticks.

What is so remarkable about the Mortenson-Bagley/Wurman debate is the turf on which it is carried out. In both articles, the authors do a fine job of keeping the focus on distilling the original public meaning of nondelegation. Certainly, citizens can disagree about originalism’s results, but as Professor Wurman points out, Professors Mortenson and Bagley’s paper refreshingly “reflects a candid recognition that originalist work is possible.” In other words, the productive and illuminating back-and-forth here is a promising sign of things to come for those who are simply interested in the prospect of finding the correct answer as a matter of originalism when engaging in constitutional interpretation.

Professor Wurman’s work augments the originalist understanding of nondelegation in a significant way. Perhaps the essay’s most useful addition to the nondelegation debate is the more complete portrait it paints of James Madison as a true believer in the doctrine (and as someone whose views on the matter commanded support among his contemporaries). Professor Wurman cites a 1789 amendment that Madison proposed to the Constitution, arguments that Madison made with respect to early statutes (including nondelegation concerns that Madison raised during the Alien and Sedition Acts controversy), and other Madisonian writings and statements. Here, Professor Wurman takes on Professors Mortenson and Bagley directly, disputing their presentation of Madison as someone who argued against delegation mostly for convenience and held a minority view on the principle. To the contrary, he argues, the thread of Madison’s belief in the nondelegation principle runs through the early examples that the two essays discuss.

In a precursor to his essay, Professor Wurman concedes that Professors Mortenson and Bagley’s research may prove “that originalists . . . need to think more about the limitations of their current ‘private conduct’ theory of nondelegation,” which is a belief that all rules impacting private rights are legislative and Congress therefore cannot delegate the power to make any such rules. The correct understanding of the nondelegation doctrine, Professor Wurman posits, could turn out to be Chief Justice Marshall’s theory in the 1825 case of Wayman v. Southard that “there is a category of exclusively legislative power over ‘important subjects,’ but also a nonexclusive [and delegable] power to ‘fill up the details.’” Such a reading of the early evidence may well allow for some delegation, giving “more leeway to delegate on matters of official conduct than private conduct, . . . more leeway to delegate authority over public rights than over private rights, and . . . more leeway to delegate authority over means than over, say, jurisdictional or purpose questions.” Yet, Professor Wurman asserts, Professors Mortenson and Bagley’s statutory examples still do not necessarily disprove the prevailing private conduct theory. To be sure, Professors Mortenson and Bagley also make a meaningful contribution, adding nuance to the nondelegation debate and compiling an impressive set of historical evidence.

It remains to be seen whether and how this debate will influence nondelegation jurisprudence. Professor Wurman notes that in addition to early practice, other “scholarly defenses of nondelegation on originalist grounds have focused on constitutional structure, political theory and the likely understanding of what ‘the legislative power’ was thought to entail, and British constitutional struggles.” Moreover, practical considerations about administrability—even if merely as a background constraint—are sure to figure into judicial application of the nondelegation doctrine to an expansive, technocratic regulatory state that none of the framers would have recognized. At bottom, these essays are new pieces of a larger nondelegation puzzle. It appears that the Supreme Court is still working on putting together the loops and sockets of this consequential jigsaw.

The key line of Justice Gorsuch’s ringing dissent in the recent case of Gundy v. United States cited the words of nondelegation scholar Professor Gary Lawson: “If Congress could pass off its legislative power to the executive branch, the ‘[v]esting [c]lauses, and indeed the entire structure of the Constitution,’ would ‘make no sense.’” Professor Wurman’s thoughtful historical analysis suggests that the framers generally thought so, too. “Whatever readers decide about this conclusion, Professor Wurman’s article—alongside that of Professors Mortenson and Bagley—shows the depths of evidence and argument that are available in answering these and other questions through originalist methods.

Cite as: Eli Nachmany, To Delegate or Not to Delegate: Celebrating a Scholarly Exchange About Originalism and the Nondelegation Doctrine, JOTWELL (October 7, 2020) (reviewing Ilan Wurman, Nondelegation at the Founding, 130 Yale L.J. __ (forthcoming 2020), available at SSRN), https://conlaw.jotwell.com/to-delegate-or-not-to-delegate-celebrating-a-scholarly-exchange-about-originalism-and-the-nondelegation-doctrine/.