The Value of Moderation, Tebbe-Style 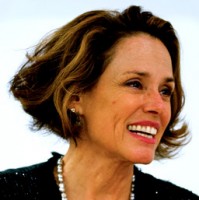 Nelson Tebbe’s aspiration is nothing less than teaching us all to think more clearly and coherently about issues of marriage equality and religious freedom. For anyone paying attention, this bandwidth of legal disputes is white hot. And it is rare to find such a thoughtful voice on these questions, which keep coming at us but are rarely dealt with as skillfully and thoughtfully as in Tebbe’s work. Just last June, for example, the United States Supreme Court took cert on a case from Colorado, involving a wedding cake baker who says his expressive voice is implicated in his work. His religious beliefs mean that he cannot participate in making the cake for a same-sex couple. The baker is represented by the conservative Alliance Defense Fund and the ACLU represents the couple.

Tebbe’s book, although published before the case made it up to the Supreme Court, tells us how he would like us to think about the outcome. In public accommodations, such as businesses that are open to the public, the law does not force speech when it orders such a business to comply with non-discrimination mandates. Instead, we should recognize that by opening their doors to the public, the owners of Masterpiece Cakeshop have taken a voluntary step into society. Particularly with questions of religious freedom and racial discrimination, we have a strong background of past engagement with analogous issues. We also have deep legal and social commitments to treating customers equally, without reference to race, religion, national origin, marital status, and now, sexual orientation.

Since Obergefell v. Hodges was decided in 2015, such issues have become a lightning rod. Photographers, florists, and other wedding vendors are part of an enormous American wedding industry, but they want us to focus on their artisanship—most are small, local, and very personal. Their claims are sincere, and they feel threatened. On the other side, couples are sent unwelcome messages of condemnation, and may be imposed upon in other ways as well, when all they wanted was a happy wedding.

This is where Tebbe finds the space to be moderate, reasoned, and respectful—of both sides. One of the most admirable aspects of his work is his deployment of a carefully calibrated method for discussing what otherwise look like intractable disputes. This is where the interdisciplinary quality of the work is most evident, and most welcome. Tebbe deploys “social coherence” theory (ok, perhaps not the best label for a society that is anything but coherent right now, but work with us here), a political model that Tebbe has explored in past work. But the advantage of a book-length treatment is obvious: Tebbe’s focus both on consistency of relevant outcomes in the past, and the underlying principles that inform and give moral purchase to past results, yields a nuanced and useful set of ideas for navigating troubled waters. This is not one of those books that reproduces past work with little attention to the arc of a monograph. Instead, Tebbe has dug in and worked hard to make his own work fit the model he argues for: he is reasoned, careful, gracious, and consistent.

One of the most admirable aspects of Tebbe’s book is the way that he integrates his work in political theory with the nitty gritty of recent cases and legal doctrine. He has a strong perspective grounded in theory, that is, but he also brings a lawyer’s eye to doctrine crunching. Add to this his accessible prose, welcoming posture, and detailed explanations—Tebbe reminds this reader in some ways of Chris Eisgruber and Larry Sager’s 2007 book Religious Freedom and the Constitution, also published by Harvard University Press. He brings the same collegial and wide-ranging ethic to the task, although his approach is distinct.

It is relatively easy to outline Tebbe’s formula, but doing justice to the multiple ways he applies his method to actual cases and hypothetical situations is more difficult. The challenge even of summarizing the work demonstrates how careful, even subtle, the uses of social coherence theory are in this book. He begins by talking about what counts as coherence and then connecting those attributes to larger principles. The attributes include mutual reinforcement of patterns of behavior, in ways that support conclusions as warranted by past practice (without necessarily claiming that a particular conclusion is either true or moral in a philosophical sense), and dynamism, which means that all conclusions are subject to revision in light of new information. Also important are qualities that connect this approach to abstraction, meaning that reasons justifying a conclusion may be concrete or derived from principle. Tebbe also acknowledges that his goals are aspirational, which means that we may and should strive to achieve coherence, but that it will likely remain elusive, imperfectly achieved, and/or impermanent.

This approach is particularly useful to law and legal analysis, Tebbe argues, and dovetails neatly with fundamental legal principles, including avoiding harm to others, basic fairness, freedom of association, and government nonendorsement. Roughly half the book is taken up with getting us this far. This reader both had a strong grasp of the method and its underlying limits and virtues—but the payoff truly is in the third section of the book, called “applications.” Here he tackles four major problems for the law of church and state today.

The first is the topic we began with—public accommodations. I won’t belabor the fundamental points about speech and past practice, but do want to note that he also addresses the “wait and see” argument. To those who argue that we should give the market time to adjust to increasingly positive views of marriage equality, Tebbe (expanding on the work of Andrew Koppelman and Joseph Singer) responds that “strong and commonly accepted” reasons for allowing equal access to public accommodations are already in place, and should be respected in cases (such as those involving wedding vendors) that involve commercial enterprises. This would include adoption agencies, facilities routinely rented to the public, and would apply despite Religious Freedom Restoration Acts at the federal or state level. Tebbe readily concedes that after Burwell v. Hobby Lobby (2014) this is a live question, an intuition that is borne out by the Supreme Court’s current docket.

The second topic is equally difficult and hard fought. Teachers, coaches, voluntary Boy Scout troop leaders, even janitors, have all been subject to firing for violating purely religious standards in the workplace. As Tebbe points out, state and federal employment laws provide special exemptions for religious organizations. Freedom of association protects religious (and secular) groups, especially in the hiring of leaders, such as clergy or those formulating policy for the group. The Supreme Court case Hosanna-Tabor Evangelical Lutheran Church v. EEOC (2012) underscored the concern for freedom to select clergy. Tebbe cautions that ordinary employees, especially laypersons in relatively low-level jobs that do not materially affect policy or central values of an organization, can be harmed unduly when religious organizations are allowed to discriminate in favor of co-religionists under Title VII. And in an interesting twist, the central case in this area, Presiding Bishop of the Church of Jesus Christ of Latter Day Saints v. Amos (1987) comes from Salt Lake City, where in 2015 the “Utah Compromise” both enacted employment protection for LGBT workers, and entirely exempted religious organizations and the Boy Scouts, for which the Mormon Church is the single largest sponsor in the country. This widely heralded advance, Tebbe argues, came at a high price. And other similar proposals, he says, have been rightly criticized for extending unprecedented power to religious organizations to discriminate in hiring.

Third is public officials, and here Tebbe argues that—although religious exemptions for government actors are rare—they should be expanded in some situations. For example, consider Kim Davis, a Kentucky county clerk who refused to issue same-sex marriage licenses after Obergefell on religious grounds. Tebbe maintains that she should be allowed to benefit from a solution to her quandary designed by the Kentucky legislature. The state established a uniform marriage license for Kentucky, which associated the broader government, rather than the county clerk by name, with the endorsement of marriage equality. Tebbe argues that this solves the problem, although he concedes that his is a minority position. This reader began thinking he must be dead wrong, and that an oath to uphold the law means just that. But Tebbe’s careful distinction between the office and the office-holder was thought provoking in all the best ways.

Finally, Tebbe concludes with government funding. Here, too, he brings to bear a distinctive and steady voice, arguing that governments should be allowed to de-fund religious activity, even if it funds comparable secular endeavors. As he notes, concerns about tax exemption are everywhere among religious groups that object to marriage equality. Older caselaw, such as Bob Jones University v. United States (1983) and Locke v. Davey (2004) support Tebbe’s argument that even constitutionally protected activity can be defunded or discouraged (see abortion). But the more recent Trinity Lutheran Church of Columbia, Inc. v. Cromer (2017), released this summer after Tebbe’s book was published, cuts in the other direction. There the Court held that Missouri’s decision not to help a nursery school improve its playground because it was located on church property violated the free exercise rights of the church. In a telephone conversation, Tebbe called the case “regrettable,” maintaining that Missouri’s interest in pursuing the values of the establishment clause should be allowed, stressing that Justice Sonia Sotomayor (in dissent) had a better understanding of the law.

Thus one portion of Religious Freedom in an Egalitarian Age has already endured some buffeting. But the central point of the book is the key: Tebbe argues—repeatedly, convincingly, and with great respect for the many interests at stake in this highly-contested area of constitutional law—that reason, debate, moderation, and coherence are central to productive outcomes. He is right, and the field is better for his intervention.