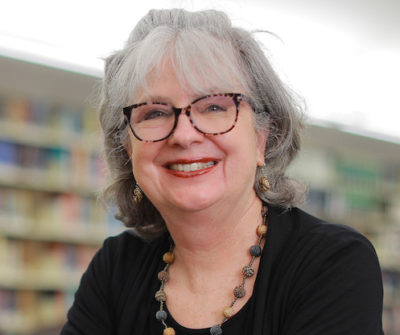 The Reconstruction Amendments expanded the constitution to protect those who had previously been excluded and disempowered. It follows that the Court should consider the experiences of enslaved people when interpreting those provisions. Until now, however, the perspective of formerly enslaved people has been largely absent from the conversation about the meaning of the constitutional changes wrought by Reconstruction. In The Second Founding and the First Amendment, William C. Carter seeks to remedy that oversight. Carter argues that we should interpret the constitution from the perspective of the disempowered people who were the intended beneficiaries of constitutional change. Moreover, formerly enslaved people and their free Black allies helped to create this constitutional meaning, actively participating in the antislavery movement and Civil War which brought about the end of slavery and the Reconstruction Era.

Like the founding of the original constitution, the Second Founding was a unique constitutional moment which established a new constitutional order. The Thirteenth Amendment prohibited slavery and involuntary servitude. The Fourteenth Amendment recognized all people born in the United States, even if they were enslaved, as citizens of the United States and entitled to individual rights. The Fifteenth Amendment prohibited states from denying the right to vote on the basis of race in order to enfranchise newly freed slaves. These Amendments transformed our constitution from one which sanctioned the institution of slavery and the denial of the humanity of millions of people who lived in our country into a document that recognized all people as rights bearing individuals who are entitled to constitutional protections. As Reconstruction Congress member Massachusetts Senator Charles Sumner proclaimed, the new Constitution would be “interpreted uniformly and thoroughly for human rights.”1

To determine the content of those rights, Carter argues, interpreters must consider the views and experiences of enslaved people whose rights had been denied. “[B]y listening to enslaved persons’ voices, we credit them as part of the contemporary polity whose understanding should matter in constitutional interpretation, rather than merely as passive beneficiaries to, or forgotten members of, the Second Founding.” (p. 1066) Carter explains that the views of enslaved people are important to constitutional interpretation “not only because of (their) privileged access to descriptive or normative truth, but simply to correct its previous suppression.” (p.1092). To remedy the oversight, Carter describes restrictions on the free speech of enslaved persons and their allies during the pre-Civil War era. Along with historical accounts, Carter relies on narratives published by fugitives from slavery in the antebellum era. Those narratives include powerful testimony about life under slavery and served as important political tracts in the antislavery movement.

Slaveholders lived in daily fear of slave revolts or escapes, so did everything they could to prevent communication that would encourage or aid any sort of resistance or escape. Slaveholders punished enslaved people for speaking out against slavery or criticizing their masters in any way. Enslaved people were also affected indirectly by restrictions which slave state imposed on abolitionists who criticized slavery. Critics of slavery argued that slavery was undermining our nation’s founding ideals, including, most notably, freedom of expression. Conflicts over antislavery speech often escalated into violence. Proslavery mobs attacked abolitionist printing presses, notably murdering antislavery journalist Elijah Lovejoy. Thus, suppressing free speech was a central component of the legal structure of slavery, and the denial of freedom of speech was arguably a badge or incident of slavery.

Recent years have been marked by a reckoning with our nation’s history of slavery. During the 1960s, an era which historians refer to as the Second Reconstruction, civil rights activists relied on the First Amendment in their movement to reinvigorate and enforce the Reconstruction Amendments. However, we have really only begun to understand the impact of slavery on all of our constitutional principles, in large part due to renewed activism of participants in a new movement for racial and economic justice which I have elsewhere called the Third Reconstruction. Carter makes a persuasive argument that the Reconstruction Amendments mandate such a reckoning, acknowledging the fact enslaved people played a central role in the battle against slavery and in favor of constitutional change. Starting from the bottom up provides a new and important perspective for constitutional interpretation.