The Rise of Stealth Canons? 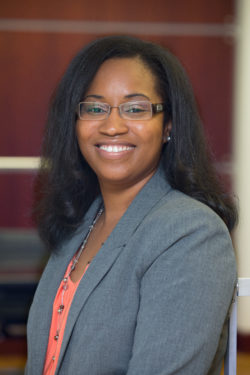 In Passive Avoidance, Professor Anita Krishnakumar argues that the Roberts Court has retreated in recent years from the aggressive use of the constitutional avoidance canon that dominated much of its early jurisprudence. Instead, the Court now relies on doctrines like the rule of lenity, federalism clear statement rules, and the mischief rule as alternatives to the constitutional avoidance canon, a move that she refers to as “passive avoidance.”

Professor Krishnakumar offers a compelling narrative to explain the Court’s retreat from the canon. Commentators had criticized the Court’s use of the canon as “activist,” pushing the Court to find other, less transparent ways of achieving its goals. The turn to these alternative doctrines has been mostly beneficial. They avoid many of the criticisms that have plagued the constitutional avoidance canon, the most pointed of which accuse the Court of using the canon to issue judicial advisory opinions by opining about, but failing to resolve, the constitutionality of the statute being challenged. Neither the clear statement rule nor the lenity doctrine requires any consideration of the statute’s underlying constitutionality; the assumption is that the exercise of federal power is problematic for reasons unrelated to the statute’s constitutionality. Similarly, focusing on the events that motivated the passage of the statute as a reason for embracing or eschewing a particular interpretation, as the Court does with the mischief rule, keeps the statute in line with its original purposes, and thus avoids accusations that the Court is seeking to enlarge its own power by rewriting the statute. In sum, Professor Krishnakumar’s view is that the use of second order doctrines to achieve goals similar to the constitutional avoidance canon has the benefit of advancing a variation of Alexander Bickel’s “passive virtues” approach—one that avoids complex constitutional questions through the use of narrower interpretive techniques.

Like much of her work, this Article tells an important story in judicial decision-making. It also fits with an emerging literature that has sought to explain the stealthy ways in which the Court and individual justices resolve cases beyond issuing opinions.3 While Professor Krishnakumar ultimately endorses the Court’s use of passive avoidance, she recognizes that its reliance on alternative doctrines—which I call “stealth” canons—could also raise concerns about a lack of transparency in the Court’s decision-making process. In opaquely using stealth canons to avoid constitutional questions, the Court “could be criticized for obscuring [its] true reasons for choosing Y interpretation over X interpretation of a statute, and for silently leaving in place a statute that several Justices believe contain serious constitutional infirmities.” (Pp. 582-83 n.1.) She concludes, however, that the benefits outweigh the costs because these doctrines mitigate the harm from an aggressive use of the constitutional avoidance canon that has caused so many to question the Court’s legitimacy.

Many readers familiar with the Court’s use of the constitutional avoidance canon from 2006 to 2012 are likely to agree with Professor Krishnakumar that the benefits of using stealth canons outweigh the costs. While these doctrines may raise transparency concerns, there was also an alarming lack of transparency with the constitutional avoidance canon that suggested that the Court was motivated by considerations other than a statute’s potential unconstitutionality.

In NAMUDNO, for example, the Court intimated at length that section 5 of the Voting Rights Act of 1965 was unconstitutional and that avoidance of the constitutional question would give Congress an opportunity to fix the statute. Yet when the Court invalidated the coverage formula of section 4(b) of the Act four years later in Shelby County v. Holder, the Court made it difficult to envision that any type of remedy would be appropriate. Much of its opinion was based on a post-racialism that suggested that the Act was outdated because of its federalism costs.4 Even if Congress had been functional enough to amend sections 4(b) and 5 during the period between NAMUDNO and Shelby, it was likely in a lose-lose situation given the chasm between the Court’s deference to Congress in 20095 and the Court’s 2013 intervention to save “Our Federalism” from a threat that no longer existed.6

Thus, the lack of transparency and inconsistent use of the constitutional avoidance canon suggests that the switch to other, less intrusive doctrines should be a welcome one, despite the risk that these alternative doctrines will be used in a stealthy way. By highlighting the rise of these stealth canons, Professor Krishnakumar importantly and critically highlights the interpretive tools to which litigants should give more attention for this next era of judicial decision-making.