The Paranoid “Fringe” in American Politics 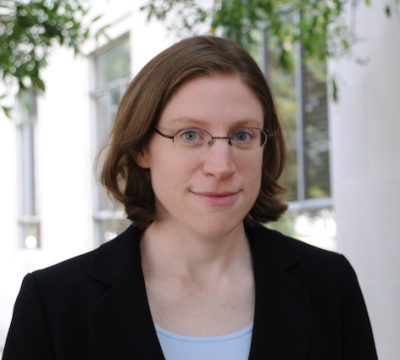 The article that made me think hardest about American constitutional law this year was not a work of legal scholarship. It was historian Rick Perlstein’s meditation on the making of modern American conservatism.

Perlstein begins his article by describing the “rough consensus” among historians about how the right became the dominant political force in American politics in the second half of the twentieth century. The story starts in 1955, when William F. Buckley Jr. founded the National Review to combat the decades-long marginalization of political conservatism. Buckley banished John Birchers, anti-Semites, and fanatical Ayn Randians and “fused the diverse schools of conservative thinking—traditionalist philosophers, militant anti-Communists, libertarian economists—into a coherent ideology.” Fueled by support from white suburban voters, the new political conservatives thrived. Crucial to their success—or so the story goes—was their denouncement of the “political surrealism of the paranoid fringe.” Particularly in the South, new movement conservatives sublimated the “frenetic, violent anxieties” aroused by race, and spoke instead of “stable housing values,” “quality local education,” and “colorblind constitutionalism.” Simply put, modern conservatism became a dominant force by eschewing what Richard Hofstadter called “the paranoid style in American politics.”

Politicians like John McCain, Jeb Bush, and Mitt Romney exemplify this account of modern conservatism (when Romney ventured into “fringe” territory by noting that no-one had ever asked to see his birth certificate, he almost immediately walked the comment back). The current President utterly confounds it. He routinely says precisely the kinds of things upon whose eschewal the success of the modern Republican Party is thought to depend. He dredges up all that modern conservatism is understood to have rejected, sublimated, or left behind—but instead of losing (like McCain, Bush, and Romney), he wins.

From the perspective of the conventional account of the modern right—to which Perlstein’s own scholarship contributed—Trump’s victory looks like an anomaly, a rupture, and a mistake. But, Perlstein argues, it is none of these things: It is the conventional narrative that is mistaken. On his revised account, the “paranoid fringe” was never merely a fringe. He points out, for instance, that the Black Legion, which was active in the industrial Midwest and considered itself an enforcement arm of the Klan, retained its power long after historians generally view Klan power as deteriorating. In 1936, by which point the Black Legion was suspected of dozens of assassinations, the FBI estimated its membership at 135,000, a figure that included a large number of government officials. A few years later, thousands of East Coasters packed into Madison Square Garden for a pro-Hitler rally; throughout World War II, the Christian Front carried out “small pogroms” in Northeastern cities, regularly assaulting Jews as officials looked the other way. In 1962, thousands of people in Southern California wrote fearful letters to their one of their representatives about an imminent invasion of San Diego by Chinese commandos who had been training in Mexico. The common thread in these examples, and in more recent ones Perlstein discusses, is that what we think of as the far-right fringe is not as small and fringy as we generally assume.

There is no room here to discuss these examples or the others Perlstein cites; nor is there room to discuss the Trump family’s own involvement in this history. All I can do here is summarize Perlstein’s thesis, which is that the far right has not been as thinly populated or distant from the American mainstream over the last three-quarters of a century as we commonly suppose. Perlstein argues that historians (including himself) have overlooked or downplayed evidence of the mainstream nature of far-right ideology. They have assumed that the “polite” conservative tradition—the one associated with William F. Buckley, Jr.—was the dominant force in the rise of the political right and that, since the 1950s, racist and anti-immigrant ideologies have languished on the outer fringes of the right. But, Perlstein argues, that polite tradition may not have been the only or even the primary driving force in the rise of the right; the real oomph, at least in terms of numbers, may have come from a less reconstructed force.

Perlstein’s article raises a number of important questions about how we should understand this law-and-politics relationship in the context of modern conservatism. If the conservative political movement that has dominated national politics since the late 1970s gained a significant part of its electoral power from the far right, what are the implications of this for how we ought to understand the constitutional politics this movement constructed? What does it mean for how we ought to understand the law-and-politics relationship itself? Academics are accustomed to the mode of conservatism on display in decisions like Milliken v. Bradley, Washington v. Davis, Parents Involved in Community Schools v. Seattle School District No. 1, and Shelby County v. Holder: the language is impassive, it embraces values like fairness, neutrality, and colorblindness; it is all about ending discrimination. Judges appointed by modern Republican leaders talk this way, and with some exceptions, those leaders talk this way as well. But what if those leaders—and by extension, those judges—got where they are in no small part through the support of the far right? Would that affect the meaning of what those leaders and judges do? Would that in any way influence our understanding of the nature of their decisions? Would it (or should it) alter the way we think about the constitutional change this movement has wrought? Regardless of whether historians ultimately embrace Perlstein’s thesis, his provocative article raises profound and unresolved questions about how we think about the nature of constitutional change.