The Libertarian First Amendment, the Shifting Apostrophe, and the One-Way Ratchet 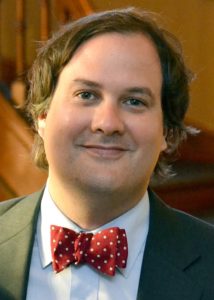 In Expanding the Periphery and Threatening the Core, Morgan Weiland tells a story of how the First Amendment has slipped its moorings: how the Supreme Court, through its holdings in commercial speech and corporate campaign finance regulation cases, has decoupled the individual’s right to expression from the reasons for protecting that right; and how the libertarian turn in First Amendment theory, which devalues any interference with the flow of any information for any reason, has fused together protections for corporate and individual speech in a way that abandons First Amendment first principles. Weiland’s article also details the costs of First Amendment agnosticism—in a world where any regulation of speech affronts the informational rights of every listener, the State is powerless to distinguish between kinds of speakers or the quality of speech.

Weiland’s claim that First Amendment theory, properly oriented, should place primacy on listeners’ rights over the rights of speakers goes back to Justice White’s seminal line in 1967’s Red Lion that “it is the right of the viewers and listeners, not the right of the broadcasters, which is paramount,” as well as to Jerome Barron’s work around the same time, which called for government interventions in the speech market because of its First Amendment-derived obligation to promote the public’s “adequate opportunity for discussion” of issues of public concern.1  Drawing upon the argument that expressive rights are functionally collective in nature, Weiland’s article makes an important contribution to First Amendment literature by detailing how far the modern Court has strayed from this baseline.

Though her article spends lots of time living in the lofty heights of free speech theory, Weiland cleverly boils down the change motivating First Amendment principle to a shift in the possessive. As noted above, in its Red Lion-era jurisprudence, the Court’s concern was with “listeners’ rights”—“listeners” being a stand-in for the public-at-large, with its concomitant interest in information as an instrument used for collectively constructed governance and society. Starting with its commercial speech cases in the 1970s, however, the Supreme Court’s discussions of the First Amendment’s theoretical underpinnings moved the apostrophe one letter to the left. Where before “listeners’ rights” in the speech context were previously conceived as an instrument for listeners to achieve collective self-determination, under the new libertarian tradition the “listener” is now a purely individualized conception where the right deserving of protection shields anything an individual listener might want to know from government interference. It’s thus the listener’s right to information, rather than listeners’ rights in the same, which drive First Amendment rules of decision.

I have almost certainly just described a mistake. But the move from “listeners” to “listener’s” that Weiland describes was unmistakably intentional. The Court’s shift to individualize the listener whose rights merit constitutional protection permitted it to protect corporate speech rights in ways that its prior precedents did not permit. Advertising was now on equal footing with political speech.

After describing the shift, Weiland describes its effects. Weiland claims that the Court’s use of listener-based justifications for its decisions in the commercial speech and corporate campaign finance areas—in the case of the former, the Virginia State Board case’s conclusion that restrictions on pharmaceutical advertising infringed on individuals’ interest in receiving price information about drugs; and in the case of the latter, Citizens United’s claim that limiting corporations’ political expenditures deprived voters of relevant information about candidates—eroded the Court’s ability to distinguish between kinds of speakers, or to decide whether the First Amendment permitted positive government interventions in the speech market of the type found permissible in Red Lion.

If the First Amendment is agnostic as to kinds of speakers, the status of listeners, and types of speech, then any regulation of speech is of dubious constitutionality. Accordingly, the shift that Weiland describes was to assume without deciding (or really without the benefit of any reasoning) that providing more price information to an individual consumer, or ensuring that a corporation could spend its money to promote or denigrate the candidate of its choice, was no different for First Amendment purposes than ensuring the public’s access to information on and discussion of candidates or their policy proposals. It does the First Amendment no good, Weiland claims, to claim that the Speech Clause protects the rights of listeners without discussing who those listeners are or why the Clause entitles them to information in the first place.

In short, as Weiland convincingly argues, the Court’s claim that protecting any speech rights, whether corporate or individual, ineluctably leads to freer flows of information permits it to elide the balancing question that should be at the core of the First Amendment: whether asserting some speech rights in a particular context might in fact lead to interference with other information flows—which could lead in the end to greater harms to listeners’ interests in self-autonomy and self-governance. If less regulation of speech always and necessarily leads to more information, then cost-benefit analysis with respect to the speech-related effects of any given regulation is off the table. In other words, your $1,000,000 campaign expenditure cannot drown out the $100 that represents all I can afford to spend, because $1,000,100 (your speech plus mine) is greater than $100 (mine alone). Other scholars have made similar arguments, but Weiland’s analysis details better than most how the First Amendment got to this point.

Though I enjoyed every bit of this Article, I did have a very minor quibble with respect to the paper’s claims of novelty. Those of us who play the game know that novelty claims are the most tried-and-true strategy for getting our papers to the top of the law review editors’ stacks, and thus it’s no fault of Weiland’s for making them. Even so, it is a little too pat for Weiland to claim that her project “uncovers a new theoretical tradition.” (P. 1394.) As Weiland notes, claims of the Roberts Court’s First Amendment neo-Lochnerism is a cottage industry in Speech Clause scholarship; these papers are pointing out not just a doctrinal inconsistency, in the sense of the kinds of speech and speakers that the First Amendment should protect, but also a theoretical inconsistency, in the sense that the reasons that doctrine pushes decisions in those directions are at odds with the rationales for the First Amendment in the first place. The listener’s-rights-vs.-speaker’s-rights debate is the stuff of dozens of net neutrality FCC comments and amicus briefs, which Weiland, as an active advocate in that space, well knows. When Weiland argues that the free flow of information is a means and not an end, she has an unlikely ally: Chief Justice Rehnquist, who made the same argument, as well as the neo-Lochnerism charge, in commercial speech cases several decades ago. But this is more of a critique of the larger law review industrial complex and not of Weiland’s paper, which, to reiterate, makes an important contribution, and does so exceptionally well.

“More speech is better speech” is not just an adage anymore. It is the Supreme Court’s governing principle with respect to the theory underlying the First Amendment. Morgan Weiland’s article shows that this governing principle sometimes fails to take into account that “more speech” can come at major expense to the interests that underlay the First Amendment’s protections.