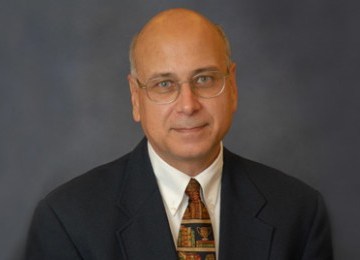 Several years ago, I attended an AALS program featuring Cass Sunstein as a panelist. He spoke last, about an hour into the session. The moderator introduced him to knowing laughter by announcing, “Our last presenter is Cass Sunstein, who has just written another book . . . while he has been waiting to speak this morning.” Sunstein is an original, provocative thinker and a remarkably prolific writer: the kind of scholar who shuttles from the University of Chicago to Harvard University, the kind of public intellectual who takes time off to run OIRA (Office of Information and Regulatory Affairs) in the Obama Administration.

Sunstein writes—a lot!—about administrative law and constitutional law. In my own field, constitutional law, Sunstein always delivers intriguing insights. He does it again in this draft article. Conceptual articles like this one remind me of the economic models I studied in college: they are abstracted from reality but help us to better understand it. The SSRN version I read is clearly a draft and still has some way to go. (I wonder if any of his other fans occasionally get the feeling that Sunstein sometimes lets go of his pieces too soon.)

The ancient Greeks styled two masks for their theatrical performances: comedy and tragedy. Contemporary Court-watchers tend to sort Supreme Court justices according to two phenotypes: politics and methodology of constitutional interpretation. For example, Antonin Scalia is labeled a “conservative” in the newspapers and an “originalist” in the law reviews. (Never mind that the conservative/liberal dichotomy is essentially meaningless, and never mind that constitutional interpretation is at once over-theorized in academic journals and under-theorized in the United States Reports. Take my word for it.)

According to Sunstein, however, the nine actors on the Supreme Court (and their academic understudies) perform their decisional dramas behind four masks with distinct personae: Heroes, Soldiers, Burkeans, and Mutes. (It is somewhat curious that Sunstein did not discuss John Noonan’s path-breaking book Persons and Masks of the Law.) For present purposes, Sunstein’s four personae may be briefly described in his own words:

I will avoid any spoilers and instead encourage readers to discover for themselves how Sunstein categorizes the current members of the High Court (as well as many of the leading constitutional law professors). Here is a teaser of a typology of the four personae with an exemplar justice/scholar, an iconic decision/book, and a representative academic admirer:

The four personae often engage in an elaborate and stylized debate. For example, the decision in Roe v. Wade (1973) “is heroic, and those who think the decision was wrong tend to claim the mantle of Soldiers, while Burkeans wish the . . . Court had ruled narrowly, and . . . Mutes would try not to speak at all.” (P. 13.) According to Sunstein, “the standard theories of constitutional interpretation.  . . can led to adoption of one or another of the Personae, depending on the occasion,” that is, “any one of the Personae can fall out of a given theory of interpretation.” (P. 16.) Furthermore, “different judges may well adopt different Personae in different situations . . . because of contextual considerations.” (P. 17.)

This is the author’s key move: determining the “right theory” of constitutional interpretation is a priori to  donning the mask of the appropriate persona. (P. 19.) How should a jurist choose the right theory of interpretation? “As a first approximation,” Sunstein maintains, “the choice is an inescapably pragmatic one, and it turns on the magnitude and number of errors (‘error costs’).” (P. 21.) That pragmatic judgment, in turn, is the essence of the judicial function. He believes that “[n]o judgment about the role of courts, or about the Constitutional Personae, can sensibly be made in the abstract or independently of concrete judgments about what can be counted as a mistake, and about who is likely to be trustworthy.” (P. 23.)

Sunstein’s ultimate conclusion is that “[t]he right Persona depends on the plot of the play.” (P. 23.) Thus, “it is turtles all the way down.”