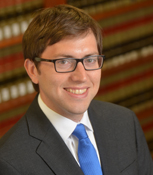 Chief Justice John Marshall once veered toward tautology in asserting that the Supreme Court “must take jurisdiction, if it should.” In context, Marshall seemed to be saying that the Court’s jurisdiction is properly set by actors other than itself, such as Congress or the Constitution’s drafters and ratifiers. Marshall therefore concluded that for the Court to either “decline the exercise of jurisdiction which is given,” or “usurp that which is not given,” would equally “be treason to the constitution.”

Yet the Court is often called on to construe the amorphous jurisdictional provisions of the Constitution, as well as federal statutes, and those efforts frequently require new, difficult judgments. So discretion has a way of working its way into even the most staunchly formalist efforts to ascertain federal jurisdiction, as most famously argued in a seminal paper by David Shapiro over thirty years ago.

Now Fred O. Smith, Jr., has given us the latest take on federal courts’ jurisdictional discretion. Smith’s timing is doubly apt, because his paper comes on the heels of two important events: first, Justice Antonin Scalia’s unanimous majority opinion in Lexmark v. Static Control Components, which tried to bring order to this field; and second, Scalia’s recent death, which leaves the field feeling both vacant and full of possibility.

Smith sets out to defeat Scalia’s democracy-oriented indictment by showing that prudential jurisdictional principles actually foster beneficial forms of court-congress dialogue. And Smith also contends that constitutionalizing prudence runs the risk of curtailing legislative efforts to expand individual rights and remedies. To support those claims, Smith adduces a wealth of examples from a range of time periods and doctrines, with my favorite being his discussion of mid-century certiorari practice. These historical discussions are bound to warm the hearts of federal courts teachers everywhere.

Smith also discusses the short-handed Court’s recent decision in Spokeo v. Robbins. Disagreeing with those who view the decision as inconsequential, Smith persuasively argues that Spokeo is “significant.” For instance, Spokeo intensified Scalia’s reasoning in Lujan v. Defenders of Wildlife by applying it in a suit that was not only between private parties but also resembled common law defamation. While this is hardly the doctrinal earthquake that might have occurred had Scalia still been on the Court, Smith implicitly demonstrates that Scalia’s jurisdictional legacy is outliving him.

Still, Smith’s argument is avowedly limited, in two ways. First, Scalia’s rejection of prudential rules involved considerations other than legislative responsiveness. In particular, Scalia believed that “prudential” principles were illegitimate in part because they curtailed legislative power, and did so without support in the Constitution’s original meaning and its higher form of democratic authority. So Scalia could have continued condemning prudential rules as unwarranted, even after conceding Smith’s claim that they better facilitate legislative democracy.

Second, Smith is not so much a defender of prudential jurisdictional principles as he is a critic of constitutional ones. As Smith puts it at one juncture: “[T]he goal of this analysis is not to defend prudential limits against a baseline of no limits. Rather, the comparison here is between prudential limits and constitutional limits.” So Smith does not necessarily mean to defend, for example, the “prudential” aspects of ripeness, or to dispel the shade that the Court unanimously cast over that doctrine in Susan B. Anthony List v. Driehaus.

The limitations in Smith’s argument point toward an important zone of agreement between himself and Scalia. To be sure, Scalia would be far more likely to view any given prudential rule as unjustified and replace it with a constitutional rule. In some cases, however, Smith and Scalia would presumably agree that prudential restrictions on jurisdiction should simply be eliminated, without any replacement. Lexmark itself, which converted a prudential rule into a statutory merits issue, may supply an example.

Smith and Scalia would also agree that there are important differences between “prudential” and “constitutional” rules. As Smith recognizes, however, this dichotomy is porous and blurred. For example, Smith suggests that the doctrine of state sovereign immunity is best viewed as prudential. While arguably grounded in the Constitution, it can be viewed as “a self-imposed, threshold doctrine of restraint that Congress may abrogate,” at least under some circumstances. In cataloguing that kind of complexity, Smith gives a comprehensive, up-to-date exposition of current law bearing on the prudential/constitutional divide.

But perhaps the best way forward is to set aside those too-familiar labels and focus instead on more specific underlying traits. Doing so would not only avoid a knotty terminological issue, but also reveal the theoretical disagreements beneath the labels.

For instance, Scalia (and like-minded justices) often wrote as though “constitutional” principles had to be discoverable in history, rule-like, and insensitive to the views of Congress. By contrast, Scalia tended to view prudential rules as “judicially self-imposed,” amorphous, and sensitive to statutory law. But Scalia’s own justiciability principles were hardly less judge-made than the supposedly prudential principles he lambasted. And Scalia’s critics might happily characterize as constitutional many jurisdictional doctrines that are substantially innovative, standard-like, or open to at least some legislative input. In my own writing, for instance, I’ve suggested that standing doctrine is a modern effort to implement the open-ended concept of “judicial Power,” making that doctrine both prudential and constitutional.

In time, Smith’s paper might come to mark a doctrinal turning point. Without Scalia, the Court may no longer rely on the prudential/constitutional distinction. Instead, the Court might come to acknowledge that what Scalia called constitutional rules were really the just the distinctive brand of prudential, judge-made rules that Scalia and like-minded colleagues preferred. Jurisdictional debates would then shift in terminology, and perhaps in substance as well. Rather than jousting over labels, the justices would debate how best to develop inevitably prudential doctrines from constitutional and statutory texts.

It is a credit to Smith’s article that it could survive that intellectual and doctrinal shift. While mostly working from within Scalia’s jurisdictional framework, Smith’s critique also contains valuable insights that could outlast it.