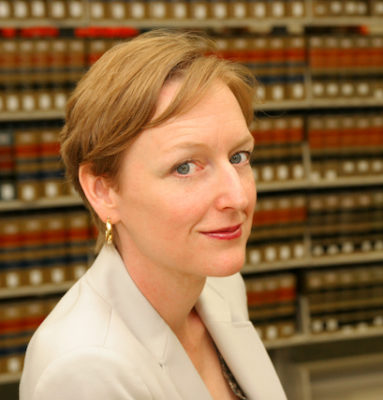 In The First Amendment Bubble, Professor Amy Gajda comprehensively examines privacy threats posed by digital media and “quasi-journalists” and demonstrates how their intrusive practices threaten existing press freedoms. The law Gajda addresses is mainly tort law and First Amendment law. Through a wide-ranging survey of reported cases, she documents trial court judges’ growing reluctance to interpret First Amendment precedent to protect journalists who are sued for invasions of privacy, intentional infliction of emotional distress, or other torts. She attributes this judicial reluctance to perceived and real changes within the media itself, including the rise of “quasi-journalists” unmoored by journalistic ethics or a sense of social responsibility, the growing use of invasive newsgathering technology, a tell-all culture enabled by social media, and competitive pressures to both sensationalize the news and present it to the public without benefit of editorial judgment.

Gajda warns that journalists have “pushed the envelope” of First Amendment freedoms so far that the First Amendment bubble may be about to burst. She documents the judicial backlash against journalists’ broad claims of constitutional protection by presenting hundreds of examples gleaned (mostly) from trial courts around the country. She argues convincingly that a legal strategy of pushing every First Amendment argument to its outer limits may backfire on journalists and news organizations, since courts increasingly lump legacy media with internet scandal mongers such as TheDirty.com, and become skeptical of media claims that they provide the public with newsworthy information.

What is especially valuable—and disturbing—about Gajda’s book is that she shows a widening gap between the First Amendment “law in books” and the “law in action.” Supreme Court precedent has tilted the balance between privacy and press freedom strongly in favor of the latter, but Gajda shows that lower courts are beginning to tilt the balance back toward privacy by distinguishing, and sometimes seemingly ignoring, precedent in the face of perceived press abuses. As she notes, “courts are signaling a new sensitivity to threats to privacy posed by evolving social and cultural conditions.” Meanwhile, her analysis of recent cases reveals an even more troubling trend. She closely examines judicial rhetoric describing the press. The picture judges paint of reckless and irresponsible journalists certainly is not a pretty one. This portrait explains why judges are no longer giving the media the benefit of the doubt in close cases, and sometimes not at all.

Gajda’s thesis resembles, in some respects, that of Jonathan Ladd in his 2012 book, Why Americans Hate the Media and How it Matters. Whereas Ladd’s book focuses on how the media have lost the public’s trust, Gajda focuses on how the media have lost judges’ trust, and what it means for the future of First Amendment law and for the future of journalism. Read together, the two books are a scathing indictment of the current state of the Fourth Estate and a call to reform.

Fortunately, Gajda provides guidance for those who wish to revive the Fourth Estate and preserve its legal and constitutional protections. Many of her calls for reform are aimed at journalistic practices. Professional journalists (and their lawyers) should distance themselves from quasi-journalists (such as Gawker), should define and adhere to ethical standards protecting privacy, and should be careful not to define newsworthiness to include any topic in which some member of the public might be interested. Ultimately, Gajda begs journalists to clean their own house before judges clean it for them.

She also argues, more concretely, that Section 230 of the Communications Decency Act (CDA) must be repealed. This statute grants immunity to online publishers when they “republish” content generated by others. The statute protects online publishers from libel and other torts arising from user-generated comments left on their websites. However, the CDA’s statutory immunity has inspired the development of sites hosting revenge porn and other privacy-invading, defamatory, and abusive forms of speech. The most egregiously abusive speech could be stopped, Gajda argues, simply by amending the CDA to provide for liability only after publishers receive notice but fails to take down privacy-invading or defamatory speech. Although this concrete recommendation about the CDA initially seems out of place, the recommendation actually fits with Gajda’s broader reform objectives. If the CDA is amended to curb the worst abuses of quasi-journalists, real journalists will benefit in the long run.

Ultimately, Gajda contends that the journalism profession should return to more active self-policing. Education, of course, is a central component, and her proposals for educating journalists about the link between ethics, self-interest, and society’s interests are sound. So, too, are her calls for judges to curb the anti-press rhetoric, distinguish between quasi-journalists and real journalists, and recall the function the latter play in democracy.

Although she never makes the point explicitly, Gajda’s book is fundamentally an exercise in legal realism. Even though the scope of constitutional rights is not supposed to vary with the winds of public opinion, The First Amendment Bubble documents that the scope of press rights has changed as judges have perceived changes in the press. As she amply and comprehensively demonstrates, trial court judges seem more hostile to the media and more favorable to privacy claimants than their appellate brethren. This hostility may reflect the fact that trial judges, especially state judges, are more likely to have been elected to their positions than their appellate brethren and are thus more likely to be alert to shifts in public opinion. Perhaps the starting point, then, for changing judicial opinions is changing public opinion. To do this, journalists must change their slipshod and sensationalist practices. Let’s hope they can.