People With Disabilities and the Right to “Live in the World”: The Fourth Amendment and Police Violence, Coercion and Control 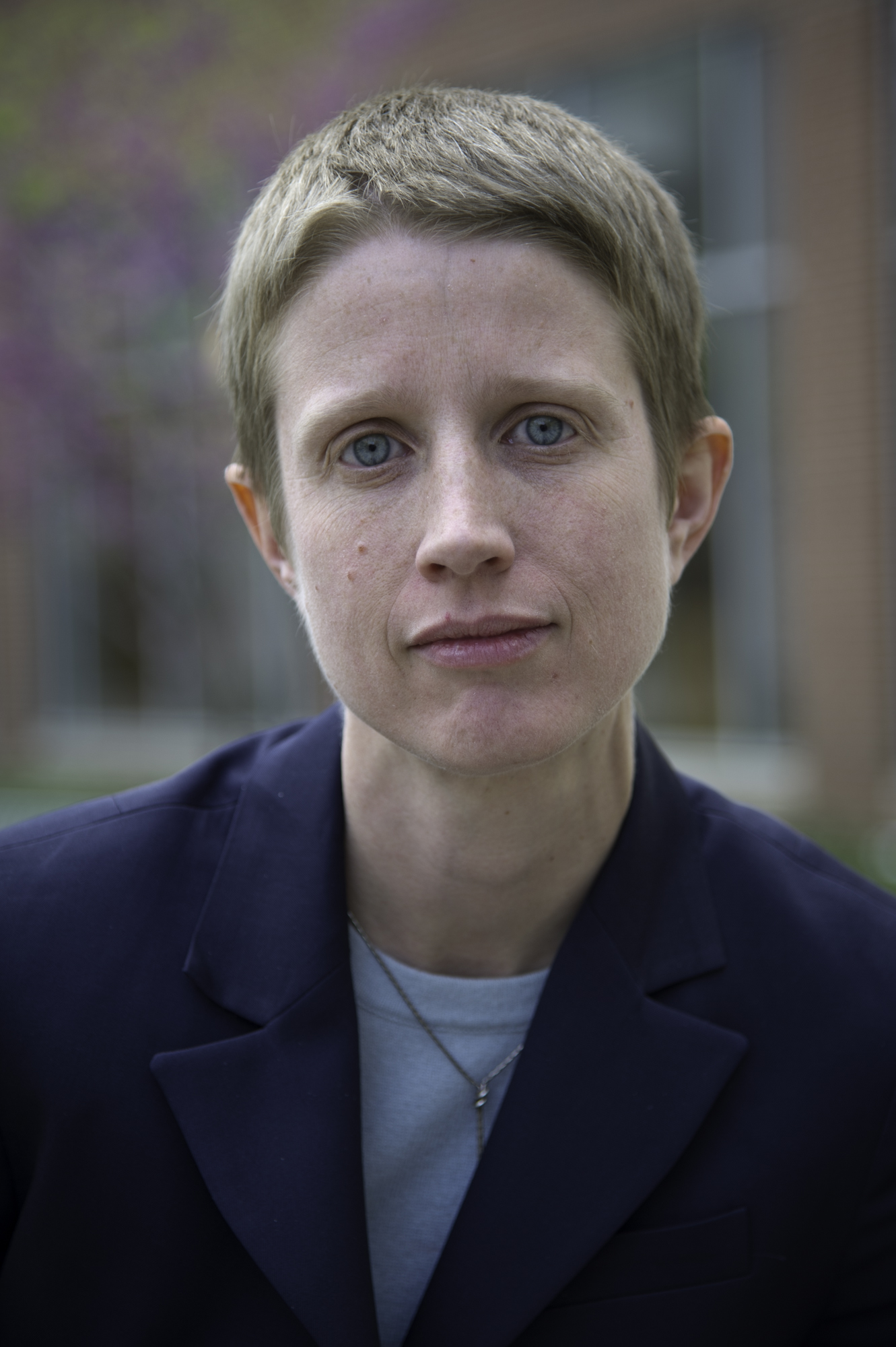 At the end of 2018, USA Today published a list of “normal” activities that had recently prompted calls to the police when Black people engaged in them. The list, which highlighted a series of viral incidents in which white people had wrongly called the police on Black people engaging in everyday activities, included incidents like police calls over Black people barbecuing at a park, sitting in a Starbucks, and mowing lawns. Many of these incidents rightly generated public outrage—and in some instances material consequences—for those who had wrongly sought police intervention. By presenting a list of the “normal, everyday” activities which resulted in police calls when Black people engaged in them, the story highlighted the role that racism plays in what public conduct is perceived as criminal.

Jamelia Morgan’s Disability’s Fourth Amendment invites us to go further and interrogate the ways in which “normal” itself—and associated understandings of what is “reasonable” policing—produce presumptions of criminality when mapped onto disabled “bodyminds” (a term that Morgan borrows from disability studies scholar Sami Schalk). Morgan argues that by failing to account adequately for disability, Fourth Amendment doctrine under-protects people with disabilities, subjecting them to a greater likelihood of stops, searches, seizures, and excessive force. Most troublingly, Prof. Morgan compellingly makes the case that many of the very indicia used to justify police action (including the use of force) under the Fourth Amendment overlap with physical, mental, and behavioral manifestations of disability.

Consider the example of psychiatric disabilities, which is an example that Morgan centers in her piece. A person with untreated (or even treated) schizophrenia may engage in behaviors that are non-normative, like talking to themselves and gesturing as they carry on a conversation with the voices in their head. These actions are not criminal, but when carried out in public spaces, especially wealthier or whiter public spaces, they may arouse discomfort and suspicion, leading to police contact. Upon approach by the police, such individuals are likely to respond non-normatively, including being unable or unwilling to perform the subdued compliance expected in response to police demands. But these of course are exactly the circumstances that create what Morgan, borrowing a phrase from Devon Carbado, refers to as “pathways to police violence.”

Nor is this phenomenon limited to those with psychiatric disabilities. As Morgan highlights, physical, intellectual, and developmental disabilities have also prompted police contact, suspicion, and violence across a host of circumstances. For example, consider the seminal case with which Morgan begins her piece, Graham v. Connor. Graham involved a diabetic with low blood sugar, whose behavior was perceived as suspicious and indicative of drunkenness and who was subjected to a police stop—and, ultimately, police brutality. Other examples that Morgan provides in her piece include deaf or intellectually disabled people unable to understand police commands, people with autism who act or respond in non-normative ways, and those with mobility disabilities who are subjected to excessive force. In each of these instances, disability—especially when combined with race and class bias—can prompt or exacerbate a police encounter, sometimes leading to violence and even death.

As Morgan points out, people with disabilities represent a large fraction of people killed by the police, with some estimates placing the proportion as high as 50%. As Morgan urges, these numbers ought to, but have not, prompted deeper consideration of how Fourth Amendment doctrine ought to attend to disability. Rather disability is simultaneously “hypervisible and invisible” in many of our Fourth Amendment cases—providing the setting for the factual context, but little more. Despite the very large role that disability plays in prompting and mediating police encounters, searches, seizures, and violence, there is relatively little in Fourth Amendment doctrine that seeks to ensure that the Fourth Amendment equally protects those with non-normative bodyminds. Indeed, numerous features of Fourth Amendment law, while facially neutral, almost certainly under-protect those with physical and mental disabilities. (Of course, as Morgan observes, this phenomenon is not limited to disability, but also extends to factors such as race and class, and especially the contexts in which those identities intersect.)

For example, what justifies a Terry stop based on “reasonable suspicion” is centered definitionally on what is “suspicious,” which often includes non-normative behavior or appearance which may arise from disability. Thus, “certain expressions of disability—such as flapping hands, low-affect facial expressions, pacing, lack of eye contact, and unsteadiness that may be exhibited by some autistic individuals,” could all be constructed as a basis for “reasonable suspicion.” Similarly, speech disabilities, hearing disabilities, and the responses of autistic and psychiatrically disabled individuals can also lead to a perception of “suspicious” behavior or “suspicious” responses to initial police intervention. Currently, however, Fourth Amendment doctrine not only does not prohibit such “disability profiling,” but arguably encourages it by focusing the inquiry on “unusual” or “suspicious” behaviors.

As Morgan demonstrates, disability continues to be under-protected by Fourth Amendment doctrine not just at the initial stage of police contact, but at each successive stage of police engagement. Police seizures—in which the question of whether a seizure has occurred turns on whether a “reasonable person would have believed he was not free to leave”—employ an objective standard that may obscure the profoundly different experience of a police encounter that a wheelchair user or a person with an intellectual disability may have. In consent to search cases, courts at times consider disability, but almost never find the standards for non-voluntary consent to be met—with some appearing to require intentional exploitation of disability by the police for the standard to be met. In each of these instances, the real impact that disability is likely to have on police interactions is often simply ignored in the Fourth Amendment analysis.

Perhaps most troublingly, as Morgan lays out, Fourth Amendment excessive force analyses, while often featuring disabled plaintiffs as their backdrop, have not fully accounted for the role that disability can play in generating and justifying such uses of force. As Morgan notes, many courts do “recognize and weigh disability as a factor in determining whether a particular use of force was reasonable.” But the mechanisms by which they do so “var[y] widely” and do not incorporate a full accounting of the ways that disability may be used to justify force and its escalation. Among other things, as Morgan details, under existing doctrine, disability-linked affect, appearance, and behavior are often used to “construct[] the threat” faced by the police in the first instance. Disability-linked non-normative responses to police commands and control are then often used to justify force escalation. Disability can thus both provide the basis for a “reasonable” perception of the need for the use of force and a justification for escalating that force, Combined with qualified immunity doctrine, this leads to a legal doctrine that is strongly tilted toward absolving police of responsibility for violent and even deadly responses to disability.

What could we do differently? Morgan offers a variety of suggestions for doctrinal reform, while recognizing that doctrinal reform cannot fully solve the problem of policing and disability. Most centrally, Morgan suggests that Fourth Amendment doctrine ought to explicitly grapple with disability, and disallow sequalae of disability which are not immediately dangerous as a basis for initiating or escalating police contact or use of force, while requiring disability to be considered in deciding whether searches and stops are consensual. As Morgan recognizes, it will not always be easy to disaggregate which sequalae of disability do or do not produce an immediate threat. But as she points out, this highlights what is perhaps one of the most harmful aspects of Fourth Amendment doctrine as currently constituted: its deployment of a “split second” conception of police conduct, a conception which fails to grapple with the broader structures of policing (including training, tactical, and structural factors). If there are better, non-violent, ways for police to recognize and address non-normative behavior or responses by people with disabilities, why should our constitution permit violence as the first-line “reasonable” police response?

Ultimately, the power of Morgan’s piece is to remind us that people with disabilities deserve what disabled legal scholar Jacobus tenBroek referred to as “the right to live in the world.” They do not possess such a right if their manifestations of disability can at any time become the basis for police contact, violence, and even death. Her piece imagines a Fourth Amendment doctrine that at least grapples with this important right, even if it cannot fully actualize it.