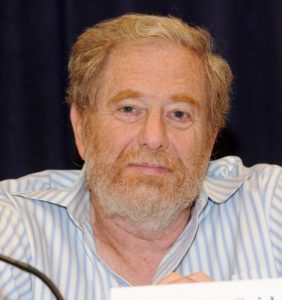 Presidents of the United States do not unilaterally extend their term of office, jail all their opponents, or rule by decree. The Supreme Court does not (or at least does not usually) declare its favored candidate to be President. Congress does not abolish the Supreme Court or create an official religion. Why not?

In an important new article, Parchment and Politics: The Positive Puzzle of Constitutional Commitment, 124 Harv. L. Rev. 657 (2011), Daryl Levinson reminds us that these familiar facts about our world are deeply perplexing and that the usual explanations for them are manifestly inadequate.

It is not as if the problem is new.  At the founding, many of the framers disparaged “parchment barriers,” which, they thought , would do little or nothing to constrain self-interested government officials. James Madison’s famous solution to the problem was to divide power so as to create conflict between various institutions of government.  This conflict, he thought, would provide built-in protection for minority rights.

As Levinson correctly points out, the Madisonian solution is woefully inadequate. First, there is no reason to suppose that individual actors will be loyal to the institution they find themselves in rather than to their political ends.  A Democratic member of Congress who favors President Obama’s policies might well also favor extensive delegation of congressional power to the President as the best means to put those policies in place.  Second, Madison’s solution works only if the institutional arrangements that produce conflict are themselves stable.  But what, other than parchment barriers, prevents powerful political actors from overturning these arrangements?

Levinson improves on Madison’s solution by bringing modern tools of game theory, political science, and political psychology to bear on the problem.  For example, in circumstances where everyone will benefit from coordinating their activities, it is possible for groups to develop strategies that, over time, prevent selfish defection.  Thus, Democratic presidents leave office when their term ends in part because they fear that if they don’t, Republican Presidents will extend their terms.

People also become acculturated to particular political arrangements and make investments that are premised on the continuing existence of those arrangements.  As a constitution ages, these habits and commitments strengthen the bonds linking us to existing institutions and practices.

Levinson convincingly argues that unlovely, self-executing forces like these protect political stability in a way that neither parchment barriers nor mere moral obligation can.  His argument therefore marks an important advance in legal and political theory.  Indeed, for reasons that I describe below, the advance may be more important than Levinson himself realizes.

To be sure, as Levinson argues, written constitutions sometimes serve as useful focal points.  But, as he also points out, older constitutions inevitably become increasingly disconnected from social reality.  An old constitution like ours might actually prevent us from reaching sensible and efficient solutions to our problems. For just this reason, in many cases we have abandoned the Constitution itself as a focal point and substituted, in its stead, judicial decisions, often far removed from constitutional commands, as a basis for political settlement.  The Supreme Court’s decision in Bush v. Gore is only the most dramatic and notorious example of this pervasive phenomenon.

What Levinson has really accomplished, then, is quite revolutionary.  He has shown us why the myth of constitutional obligation should be dispelled.   There is simply no reason to believe that our social and political fabric would unravel if we gave up on the idea that we must obey commands written more than two centuries ago by people who knew nothing of our world.  The sooner we recognize that these people have no solution for our modern problems, the sooner we can get on with the kind of serious and unfettered debate that holds out some hope of solving them.