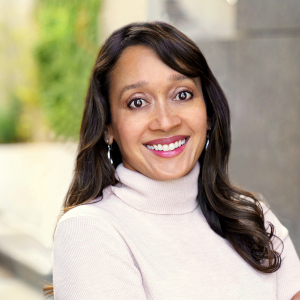 The Supreme Court appears poised to overrule fifty years of precedent holding that pre-viability prohibitions on abortion are unconstitutional. In a leaked draft opinion of Dobbs v. Jackson Women’s Health Organization, Justice Alito proclaims that Roe v. Wade and Planned Parenthood v. Casey must be overruled and abortion left to the states to regulate. During oral argument in Dobbs, Justice Kavanaugh suggested that overturning Roe would return the Court to a position of “neutrality” on abortion. Justice Kavanaugh’s assertion falls in line with claims by anti-abortion jurists that reversing Roe would simplify abortion law by returning the issue to the states and getting the federal courts out of the hot-button issue of abortion.

In their draft article The New Abortion Battleground, forthcoming in the Columbia Law Review, David Cohen, Greer Donley, and Rachel Rebouche thoroughly disprove the notion that abortion law will become simpler if and when the Court overturns Roe. Given increasingly pitched polarization between red and blue states, the authors show how the abortion wars will continue in the federal courts—but will shift from constitutional battles over fundamental rights to liberty and equality to fights over principles of federalism and interstate comity raised by interjurisdictional conflicts between states and between the federal government and the states. The article is a must read for scholars and legal advocates preparing for the aftermath of the Supreme Court’s decision in Dobbs.
Tweet

The article describes interstate conflicts over abortion that will inevitably emerge given that some states will seek to restrict their citizens’ out-of-state travel for abortion care while other states will seek to protect the provision of abortion care to out-of-state patients within their borders. Potential conflicts could also arise between an actively abortion-supportive federal government and anti-abortion states. The article’s primary contribution is to map out the complex legal questions that will ensue from Roe’s reversal on both the horizontal and vertical axes of interjurisdictional conflict. While a few scholars in the past have discussed the conflict of laws and other legal issues raised in this context, Cohen, Donley, and Rebouche provide a much needed scholarly update on states’ ability to regulate interstate abortion travel—travel that will be inevitable in a post-Roe world.

First, on the horizontal axis, the authors provide an overview of possible interstate conflicts as anti-abortion states attempt to punish abortion care provided to their citizens out-of-state and abortion-protective states seek to protect their providers from out-of-state prosecutions or civil lawsuits. Estimates are that as many as twenty-six states will ban almost all abortion services when Roe is overturned. In contrast, fifteen states thus far have passed state laws protecting abortion access within their borders. (Pp. 6-7.) It is not farfetched to imagine anti-abortion states criminalizing the out-of-state abortions that will be a necessary part of a post-Roe legal landscape. The authors point out that a Missouri legislator has already introduced such a bill. (P. 7.) Similarly, abortion-supportive states are already proposing and passing legislation protecting clinicians who provide lawful in-state care to out-of-state patients.

With respect to interstate conflict, the authors focus on criminal law conflicts in particular (although interstate civil lawsuits are also possible if more states copy the Texas SB8 bounty hunter civil law ban on abortion). States could potentially deploy existing criminal laws to prosecute out-of-state abortion or pass laws specifically targeting extraterritorial abortion for criminal prosecution. In our federal system, states generally do not have the authority to regulate conduct outside their borders. However, as the article explains, the “general rule against extraterritorial application of criminal law has enough gaps to allow prosecution of a wide variety of crimes that take place outside the jurisdiction of a state.” (P. 20.)

A few scholars have debated legal questions about extraterritorial restriction of abortion in the past, but that debate has not been updated in years nor has this scholarship accounted for the new realities of abortion provision through telemedicine with abortion pills. The article parses out the existing literature on state regulation of abortion travel, and clearly explains how medication abortion works whether through telehealth or self-managed abortion. The authors conclude that the constitutional uncertainty on many of these questions combined with new technologies of abortion care “will keep the Court mired in difficult abortion controversies long after Roe’s destruction.” (P. 23.) On the other side, abortion-supportive states could seek to thwart interstate criminal and civil investigations for abortion travel. States could pass laws protecting their providers from anti-abortion interstate civil lawsuits, criminal subpoenas, and extradition; indeed Connecticut has already passed one. The authors argue that these abortion-protective laws would likely not raise issues that could be challenged in the courts (depending upon how they are drafted) but could threaten basic principles of comity between the states. Interstate conflict could intensify as states engage in a tit-for-tat over abortion, guns, and other controversial topics, which could have larger consequences in our federal system.

Second, on the vertical axis, the authors discuss potential conflicts between the federal government and state governments. In particular, the authors focus on the potential for federal law on medication abortion (abortion through the use of pills regulated by the FDA) to preempt state laws that overregulate or ban medication abortion. More boldly, the authors suggest that the federal government could lease federal land to abortion providers to ensure access to care in every state. Both the FDA preemption and federal lands arguments carry much legal uncertainty and will “spark new debates about the balance of state-federal power in abortion law.” (P. 49). As the authors explain throughout the article, case law is quite thin on many of these issues and there are no clear answers to the legal questions around interjurisdictional legal conflict that will emerge in a post-Roe world.

Another important contribution of the article is its proposals for state legislative and federal government action that could preserve access to abortion care in a post-Roe world. These proposals range from state legislation to protect abortion providers to enterprising suggestions such as leasing federal land to abortion clinics.

While there will certainly be disagreements about what legal strategies should be prioritized by reproductive rights and justice advocates, the article provides a much needed overview of the landscape of potential conflict post-Roe that will inevitably reach the federal courts. Although the authors cannot offer clear legal conclusions on many of the interjurisdictional conundrums that will explode in a post-Roe world, the article accomplishes its goal of painting the overall picture of these conflicts. As the authors aptly note: “The picture we paint is labyrinthine, and the ground we cover is largely unexplored: some states will assume roles as interstate abortion police, others will attempt to protect all abortion provision however they can, while the current federal government will have the opportunity to create new spaces, within and outside of hostile states, for abortion access.” (P. 16).

The authors persuasively show that overturning Roe v. Wade will not end the abortion wars in the U.S. and that the Supreme Court will not escape the conflict under a pretense of “neutrality” with regard to abortion.