Habeas, Hail Mary, And the Hook and Ladder 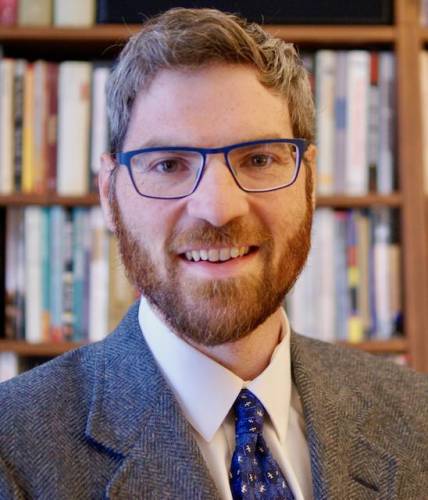 Time ticks away. You have one shot downfield. If you don’t score a touchdown, the game’s over. Which play should you call? A Hail Mary pass into the end zone, reducing the game’s outcome to a lone, long-shot attempt? Or perhaps a trick play—a conceit from the back of the playbook with a colorful name like flea-flicker, fumblerooski, or Statue of Liberty—requiring you to avoid a series of tackles in an unlikely bid to run the ball to victory? In other words, would you rather face nearly impossible odds once or even odds a half dozen times?

Winning review of a state criminal conviction in federal court requires a higher-stakes and less fair version of the same choice among long shots. First, a criminal defendant can appeal directly to the highest civil authority by petitioning the U.S. Supreme Court for certiorari. But these prayers for relief, like Hail Marys, most often go unanswered. Second, a defendant can petition a federal district court for a writ of habeas corpus. But like the flea-flicker or the hook-and-ladder, federal habeas involves avoiding many procedural obstacles. Finally, a defendant could choose a hybrid: file a habeas-like petition for postconviction review in state court, and hope that the Supreme Court will grant certiorari after state courts deny relief. At first blush, this hybrid approach seems to combine the challenges faced by its alternatives, because to succeed it must hurdle many procedural obstacles and then complete a desperate, Hail Mary pass. Yet in Direct Collateral Review, a dazzling tour through both postconviction doctrinal weeds and high habeas theory, Payvand Ahdout shows that this hybrid approach has promise for individual criminal defendants and the development of constitutional doctrine. There are even substantial benefits for judicial federalism, because the Supreme Court can supervise the application of federal rights in state courts without undermining the presumption of parity between federal and state trial courts.

Ambitious papers traverse pitched terrain; Ahdout’s is no exception. In arguing that direct collateral review is a viable vehicle on the rise, this paper takes on a formidable task. The conventional wisdom is that the Supreme Court reviews cases in this posture only infrequently. Justice Stevens once noted that the Court “rarely grants review at this stage … even when the application … is supported by arguably meritorious constitutional claims,” a point later endorsed by the full Court. This presumption reflects the Court’s traditional view that the intermediate posture of direct collateral review makes such cases poor vehicles for resolving contested questions of federal law.

The Court protests too much, Ahdout thinks. While it was once true that the Supreme Court disfavored direct collateral review—from 1986 until 2003, the Court took only nine such cases—that is changing. 2015 marked the break: the Court took five cases on direct collateral review that term, more than it had taken in the preceding six terms combined. The trend continued with another four cases in 2016, and three each in 2018 and 2019. So much for the presumption that the Court “rarely grants review” on this posture.

Ahdout traces this shift in the Supreme Court’s certiorari practice to developments in the two coordinate branches. Start with the legislature. Congress imposed a host of new procedural hurdles on habeas petitioners in 1996’s AEDPA. Under that law, habeas is limited to cases in which a state court has unreasonably applied clearly established federal law “as determined by the Supreme Court.” This bar has two effects, Ahdout argues. First, it robs lower federal courts of the chance to develop constitutional doctrine in habeas cases, since lower court precedent is not relevant for purposes of AEDPA. Second, and more subtly, it puts increased pressure on the Supreme Court to determine the content of clearly established federal law—because no one else may do so. In sum, federal habeas is a worse vehicle than it used to be.

Direct appeals have their own problems. Some kinds of claims—like the retroactivity of newly articulated rights under Teague v. Lane or the continuing competency of a defendant sentenced to death—can only arise on collateral review. Other critical issues, like ineffective assistance of counsel or the government’s failure to produce evidence as required by Brady v. Maryland, are more likely to arise on collateral rather than direct review, as Ahdout establishes. These developments have rendered both federal habeas review and direct appeals increasingly problematic vehicles for the Supreme Court to determine the scope of federal rights. So direct collateral review is on the rise.

Despite the doctrinal and institutional changes that have made direct collateral review a better posture for Supreme Court review, its downsides as a vehicle remain. Ahdout reviews this suite of problems—including such fundamental questions as what the standard of review should be and how generously to read summary orders issued by state courts—as a preview of issues to come. These problems, which the Court and Congress have struggled over for decades in the context of federal habeas, reflect the tensions of our system of judicial federalism.

This rich paper teaches lessons both internal and external to the criminal legal system. For those working inside the system, Ahdout offers practical advice. To improve the quality of postconviction adjudication, ensure that state habeas analogs include high-quality counsel who will preserve issues for an eventual petition for certiorari. For lawyers and defendants facing hard choices between alternative postconviction procedural paths, don’t overlook direct collateral review as a moment for meaningful federal review, but also beware of the procedural uncertainties that await. Like a football team mounting an unlikely comeback, litigants will be glad for that slim yet real hope, even as they rightly fight for much more.