Getting to Grips with Discrimination 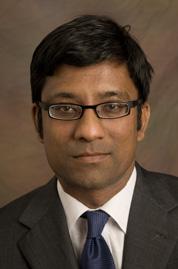 Since the mid-1970s, the Supreme Court has insisted with increasing fervor upon an anticlassification norm as the central principle of Equal Protection law. In the past decade, alternative legal solutions to inequality have emerged as competitors with the anticlassification norm. In 2009, the late Justice Scalia observed, in his concurrence in Ricci v. DeStefano, that the disparate impact theory of liability available under Title VII of the 1964 Civil Rights Act required employers to categorize by race. Given the priority of colorblindness, Justice Scalia observed, it might therefore fall afoul of the Equal Protection Clause. Two basic instruments for racial equality—both a part of the federal statutory law of antidiscrimination for a half century—suddenly seemed in collision course. This conflict is at the heart of Deborah Hellman’s excellent new article.

The conflict between anticlassification and disparate impact has receded more recently. In a June 2015 decision interpreting the Fair Housing Act, Justice Kennedy brokered an uneasy truce. Yet the pressing and fundamental theoretical question raised by Justice Scalia’s Ricci concurrence has not dissipated: How is it that anticlassification and disparate impact can both purport to mitigate racial discrimination, and yet conflict? Is the disagreement a divergence of tactics—a question of whether one thinks one can get beyond race without accounting for race? Is it the result of a divide between ideal and nonideal theory? Or does it represent a more profound divide over the nature and substance of equality?

That the superficially simple idea of equality admits of multiple accounts is nothing terribly new. In 1981, Douglas Rae and his coauthors wrote in Equalities that “[w]e are always confronted with more than one practical meaning for equality and equality itself cannot provide a basis for choosing among them.” Rae’s solution was to articulate a “grammar of equality,” one that implicitly rejected Peter Westen’s influential claim in the Harvard Law Review year that equality was an “empty form” with “no substantive content of its own.”

Unfortunately, Rae’s sophisticated and comprehensive taxonomy has not caught on in the legal literature. It is cited a measly 89 times in the Westlaw Journals database. The result is that a great deal of legal analysis assumes that the idea of equality is self-evident, or capable of specification through some mechanical textual or historical inquiry—and thus courts incoherence or question-begging circularity.

Few legal scholars are as well positioned to step into the resulting breach as Deborah Hellman. Author of a deservedly well-regarded book on the nature of discrimination, Hellman is the unusual legal scholar who brings a philosopher’s conceptual rigor to a range of doctrinal problems. These run from whether the First Amendment should protect campaign spending to the constitutional definition of “corruption.” Her work is always careful, novel, and worth reading.

Hellman’s new article offers a new taxonomy of “discrimination” as a legal term of art pursuant to the Equal Protection Clause. Her classificatory ambition prescinds from the overt normative ambition of her earlier normative work on discrimination. The article, in other words, is not a defense of an extant theoretical position. Rather, it offers a cartography of the conceptual landscape of constitutional equality law more generally.

Its central premise is that Fourteenth Amendment equality jurisprudence has articulated two basic theories of discrimination. They do not track the standard distinction between discriminatory treatment and disparate impact. Rather, Hellman posits that judges and justices have relied upon either a comparative or a noncomparative (or independent) conception of discrimination. Not as comprehensive as Rae’s taxonomy, Hellman’s binary aims nonetheless to encompass the whole range of options observed in the Court’s constitutional equality case law.

The basic intuition that a normative standard can either be comparative or noncomparative is nicely conveyed by a (painfully) familiar example with which Hellman starts: grading. Marks for students in a class can either be assigned based on a preexisting curve, or professors can grade each student based on some ‘objective’ standard, regardless of how other students perform.

The comparative concept of equality sets the treatment one person has received against the treatment another person has received. A violation of equality does not require a difference in treatment. If a guilty and an innocent person are alike jailed, equality is not honored. Hence, the comparative concept of equality requires a further substantive judgment as to what it means to treat persons as equals. Hellman identifies a number of ways in which this substantive judgment might be cashed out: for example, treating some with animus, failing to represent some, or denigrating some but not others. Equal Protection doctrine’s tiers of scrutiny, on this view, operate as a heuristic to winnow out those instances in which the state has likely failed to treat people as equals.

At first blush, a noncomparative (or independent) concept of equality seems incoherent. If there’s no comparative element, how can we say a given treatment is unequal? In fact, the currently regnant anticlassification account of Equal Protection law demands no comparison. It simply asks if race has acted as a criterion in a decision applied to a person, regardless of whether someone else was handled without accounting for race. Lest this make it seem that the comparative/independent line tracks liberal/conservative battle lines, notice that the skepticism applied to stereotype-based rules in gender-oriented equal protection law is also a noncomparative rule. Noncomparative conceptions of equality can also be understood as discarding comparison in favor of close consideration of the substance of governmental decision-making for impermissible factors.

Although Hellman pursues a number of doctrinal payoffs from this conceptual mapping, her analysis of whether rules intended to reduce racial disparities (e.g., under Title VII) should be treated as invalid is the most interesting. She contends that the Ricci concurrence logic blends distinct elements of comparative and noncompartive approaches. From the latter, it takes a concern with intent; from the former, it takes a worry about racial classification. Hellman insists that this kind of blending of moral theories is incoherent.

One question that remains open at the end of her analysis is whether the opponents of disparate impact can redeem their critique. Might they contend, for example, along with Justice Thomas, that any use of race in government decision-making “demeans us all” regardless of the intention behind it? (To be sure, I should concede that Justice Thomas does not take his own logic to be categorical. In a dissenting opinion in Johnson v. California, he took the position that racial categories could be freely used in the carceral context. (It is somewhat ironic that it is precisely in this realm that the invidious deployment of race is arguably the most worrisome, and even the most frequent). Could a moral or legal case for race-blindness be made without respect to background motives and beliefs? And how would that case reckon with the manifest ways in which racial identity shapes the life course and economic opportunities of individual citizens and the citizenry as a whole, to say nothing of how it pinches and channels our national political discourse? And how might it be squared with the text, history, and precedent of the Fourteenth Amendment? The argument about colorblindness, I rather suspect, will not go away any time soon.

By zooming out and surveying the conceptual landscape of Equal Protection jurisprudence from a new vantage point, Hellman allows for the identification of new parallels between unfamiliar doctrines (colorblindness and the ban on sex stereotypes), and makes it possible to transcend and overcome the older, ideologically oriented, calcified positions that are so familiarly at war in Equal Protection doctrine. Her analysis will be of great interest to students of Equal Protection who are not still mired in their deep-dug trenches, fighting the forever war of racial reconstructions and their inevitable redemptions.