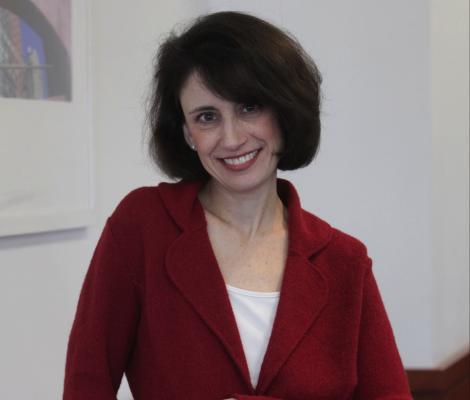 Say what you will about sports metaphors in legal writing, but Professor Mark Tushnet’s “constitutional hardball” descriptor has proven remarkably useful in capturing one of the most vexing political dynamics of our time: the political parties’ resort to “claims and practice…that are without much question within the bounds of existing constitutional doctrine and practice but that are nonetheless in some tension with…the ‘go without saying’ assumptions that underpin working systems of constitutional government.”

Recent examples of such practices abound. A short list might include efforts by lame-duck Republican legislators in several states to strip state executive offices of power before newly elected Democratic governors take office; the abandonment of the filibuster and embrace of nomination holds in judicial appointments; and refusals to raise the national debt ceiling in disputes over broader legislative priorities. In these terms, Democrats’ refusal to support the President’s call for wall funding is not hardball (for opposition party opposition to a presidential initiative breaches no norm); Republican refusal to allow a vote to fund any government operations unless Democrats agree to wall funding is hardball to a tee (so to speak) (for it breaches the norm of passing at the least continuing resolutions to allow government to function until compromise over particular agenda items can be reached).

After grappling with how we might best understand this behavior (from either side) as more or less destructive of our separation-of-powers scheme in his article Self-Help and the Separation of Powers, Professor David Pozen, here joined by Professor Joseph Fishkin, now takes on the daunting task of describing how such hardball tactics have been deployed in practice. Their primary findings: both parties play hardball, but Republicans do it more often than Democrats, and the reasons for this flow from the differing institutional incentives and ideological commitments of the parties. Whether one agrees with this assessment or not—and Fishkin and Pozen have generated multiple responses already—the piece will be necessary reading for those who are interested in understanding the phenomenon or in developing strategies to manage it.

The essay’s strong descriptive claim—that Republicans resort to hardball tactics more often than Democrats—is wisely introduced by first cataloguing the methodological challenges that confront any form of bean-counting in this context. As the authors note, the grounds on which one distinguishes constitutional law from constitutional norm is hardly settled. The counters themselves inevitably suffer from biases of their own, and the tit-for-tat nature of hardball tactics make it of some moment when in history one begins the count. Given such challenges, the authors disclaim any systematic attempt at measurement in favor of “a more encompassing, qualitative approach,” which involves “scour[ing]” the “legal, political science, and popular literatures on constitutional conflict in the political branches,” and highlights examples like the Republicans’ redistricting initiatives and the Democrats’ use of the recess appointments power when the Senate was still in (pro forma) session. While one may regret the absence of at least a somewhat more methodologically defined approach, the authors’ conclusion that Republican initiatives predominate is bolstered by their observation of several ambient phenomena. For example, while the Democrats have yet to adopt various Republican-initiated tactics (like debt ceiling brinksmanship or voter suppression measures), the Republicans have generally embraced Democratic hardball initiatives (like pro forma sessions in the Senate and filibuster elimination). Further, as political science has now well demonstrated, the Republican Party has moved farther to the right in recent decades than the Democratic Party has moved to the left. The reality of asymmetric polarization to date is at least consistent with the theory of asymmetric hardball.

Above all, as the authors detail, the parties’ differing institutional demands and ideologies suggest that Republicans’ disposition toward hardball tactics may be hard-wired in to their governing incentives in ways that they are not for Democrats. For instance, while both parties’ incumbents at times face primary fights with challengers from the far right or left, primary challengers have historically been far more successful in defeating Republicans than Democrats, meaning that Republican office holders in the lead up to the 2018 election included a larger share of relative extremists than Democrats. Likewise, a powerful network of outside Republican donors and advocates targets more moderate Republican Party members specifically, including those more inclined to embrace compromise positions, while key outside Democratic donors and institutional constituencies have continued broadly to favor establishment candidates.

As for contrasting ideologies, it is not hard to see how a party committed to smaller, limited government would be relatively more comfortable with hardball measures like government shutdowns and failure to raise the debt ceiling that would effectively render the government incapable of acting. Perhaps less apparent has been, as the authors describe it, Republicans’ growing “politics of constitutional restorationism:” the view that the entire post-New Deal growth of legislative and administrative agency power (among other things) is not only misguided but in some sense illegitimate from the outset. Given this, it should be less surprising that Republicans would also be relatively more comfortable than Democrats in abandoning twentieth century institutional norms that have the effect of blocking restoration of the ‘original’ constitutional scheme.

It is this last point that illustrates most acutely the dilemma of describing the phenomenon of constitutional hardball: The very real prospect that neither Republican office holders nor their constituents view the practices the authors highlight as hardball at all. While there is some question how much the restorationist beliefs the authors describe animate hardball practice day to day, to those who hold this view, it seems likely they see at least some of their conduct not so much as violating “unwritten norms of government practice,” but rather as upholding an actually written down constitutional rule. Pozen and Fishkin’s work suggests it may not be possible to escape the hardball era without at some point mapping in more specific terms whether and to what extent a particular norm exists, and whether and to what extent it grew up to supplant some pre-existing or latent commitment to an alternative constitutional settlement. For whatever the reality of hardball practice, it has become apparent that a fair number of our democracy’s “‘go without saying’ assumptions” actually need to be said.