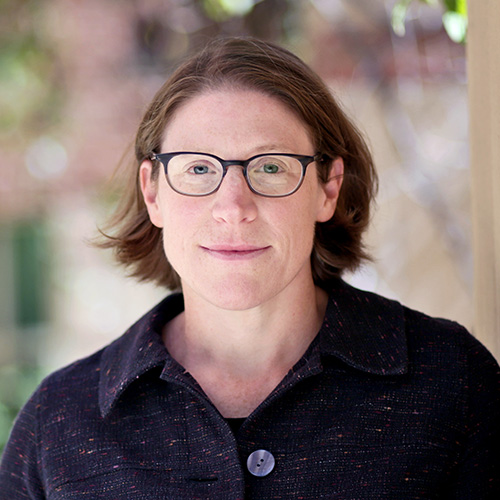 In recent years, there has been a resurgence of interest in the Gilded Age and the Lochner era. When one reads that the three richest Americans now control more wealth than the entire bottom half of the United States population, one cannot help but think of the vast wealth disparities between the Gilded Age’s railroad barons and oil tycoons and the masses of Americans who worked for them. For many, the Court’s recent decisions on topics such as unions and campaign finance likewise call to mind the Lochner era, in which legislative efforts to mitigate various kinds of inequality were sacrificed on the altar of “economic liberty.” But increasing income inequality and the neo-Lochner undertones of some of the Court’s recent decisions are not the only features of contemporary law and politics that call to mind the decades before and after the First World War. The resurgence of anti-immigrant sentiment and the current Administration’s pronounced efforts, both rhetorical and legal, to make clear who is welcome in this country and who is not echo in profound ways the xenophobic attitudes and acts of exclusion directed at “foreigners” in the early decades of the twentieth century. That is why Gabriel (Jack) Chin and John Ormonde’s recent article, The War Against Chinese Restaurants, so captured my attention when it was published earlier this year.

In this article, Chin and Ormonde recover the largely forgotten history of the national campaign, in the last decade of the nineteenth century and the first decades of the twentieth, to eradicate Chinese restaurants from the United States. Although the number of Chinese immigrants in the U.S. decreased over those years as a result of tight restrictions on Asian immigration, the number of Chinese restaurants skyrocketed. In 1870, Chinese restaurants employed 164 Chinese workers; by 1920, such restaurants employed over 11,400 Chinese workers. By that point, it had become clear that the “Chop Suey craze” was not just a fad. Americans seemed to have a limitless appetite for Chinese food. But the rapid proliferation of Chinese restaurants exacerbated powerful nativist anxieties about economic opportunity, immigration, and the racial make-up of the American polity. Unions in particular decried the diversion of jobs and money away from “the American wage-earner” and to “workers and employers from the Orient.” Union leaders feared that the low wages and low prices associated with Chinese restaurants would depress restaurant workers’ pay and deprive so-called American restaurants of much-needed revenue. Deeply intertwined with these apparently economic concerns was the widely-shared fear that Chinese immigrants constituted a threat to “traditional” American culture and that Chinese men, often portrayed as shifty opium-pushers, posed a threat to the safety of white women. Thus began a decades-long campaign, orchestrated by unions, politicians, and law enforcement officers, to eliminate Chinese restaurants from cities and towns across the country.

Chin and Ormonde provide a rich account of this campaign, and the shifting forms and rationales it assumed over time as it challenged and found ways to work around constitutional equality law. One of the first tactics unions turned to in their quest to force the closure of Chinese restaurants was the boycott. Boycotts of Chinese restaurants were common in these years, but they weren’t particularly successful. Unions fined their members to compel compliance, but the lure of the food (and the prices) was too great. There were numerous reports of union men, with an irresistible “fancy for Chop Suey,” “sneaking in the side doors of Chinese restaurants.” Union boycotts also sometimes ran into trouble in Lochner-era courts, which were fiercely opposed to union activity perceived to interfere with the operation of the free market.

When boycotts failed, unions sought to persuade policymakers and law enforcement officials to use the law to eliminate or restrict Chinese restaurants. At this point, the rationale for targeting these restaurants shifted dramatically. Increasingly, the perpetrators of the war on Chinese restaurants focused on the supposed threat these restaurants and their male employees posed to white women. This racial panic escalated dramatically after the 1909 murder of Elsie Sigel, a young white missionary from a prominent family, by a Chinese restaurant worker in New York. Sigel’s murder gave impetus to the campaign for bills all over the country banning white women from dining and working in Chinese restaurants. Numerous state legislatures considered such legislation, as did several municipalities. Interestingly, however, many of these bills encountered legal trouble. Equal protection law was not particularly robust in the early decades of the twentieth century. But many courts and commentators seemed to agree that these restrictions—“not imposed on any other restaurants”—were “plainly directed against the Chinese as a race” and thus contrary to the Fourteenth Amendment, particularly in light of the Court’s ruling in Yick Wo v. Hopkins.

Even more interesting, however, is what happened next. Largely unable to pass laws that facially discriminated against Chinese restaurateurs, opponents of such restaurants turned to facially neutral means of discrimination. Governments all over the country used planning and zoning ordinances, licensing regimes, and other ostensibly neutral regulatory measures to try to keep Chinese restaurants out of particular neighborhoods and close those in operation. In many places, these efforts got a big boost from police, who patrolled Chinese restaurants, harassing both the white women who tried to eat or work in them and the Chinese men suspected of corrupting those women. These forms of discrimination—often cast in facially neutral terms—were considerably more successful in subordinating Chinese people than the facially classificatory methods of discrimination often blocked by the law.

In an abbreviated section at the end of the article, Chin and Ormonde draw a few parallels between this history and contemporary law and culture. They argue that this history shows the pervasiveness of racism: its lack of confinement to any particular region of the country, its long-lasting effects, and the way it has reserved superior economic opportunities to whites. But it is a testament to the richness of the story they tell that there is so much more one could say about the contemporary relevance of this history. The history they recover illustrates how early in the life of the Fourteenth Amendment lawmakers began to turn to facially neutral means to preserve the racial status quo and how much of the subordination of historically oppressed groups is attributable to laws and policies that do not formally classify on the basis of race. This history illustrates in a particularly vivid way how dramatically the Court constricted the ability of equal protection law to combat racial subordination when it decided forty years ago essentially to give a free pass to facially neutral state action despite any disparate effects it may have on historically subordinated groups.

There’s also a powerful story here about gender and its interaction with race. In 1909, xenophobic lawmakers exploited the murder of Elsie Sigel to argue not only for the elimination of Chinese restaurants but for a sharp reduction in Chinese immigration. Today, opponents of Mexican immigration make similar use of the murders of Katie Steinle and Mollie Tibbetts; the current President justifies his harsh stance on immigration by invoking the specter of Mexican rapists. But it is not just the depressing longevity of the strategy of stoking fear about the defilement of white women to justify the harsh treatment of racial minorities that’s interesting here. So much of Chin and Ormonde’s article is actually about women at work—Chinese women who were rendered invisible and subordinated by the portrayal of Chinese restaurant workers as sexual predators and white women who were barred from vast numbers of jobs in the name of protecting them from an imagined threat to their wellbeing. It is instructive to read The War on Chinese Restaurants in the #MeToo era, the era of the Kavanaugh hearings and the President’s Access Hollywood tape. This piece of history helps one to see more vividly how manufactured panics about the dangers of non-white immigrant men—then and now—enable those in power to obscure where the real threats to women lie.

Editor’s Note: For a previous review of The War Against Chinese Restaurants, in the Legal History section, see Joanna Grisinger, Restaurants and Regulation (November 7, 2018).