A Private Law Insight into a Public Law Problem? 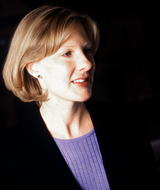 For election law and statutory interpretation junkies, there’s a nifty student note in the Yale Law and Policy Review by Zachary Hudson on how to construe the products of direct democracy.  (In the interest of full disclosure, I should note that I played no role in supervising the paper).

As I teach my students in election law, judges always face a dilemma when trying to figure out what an initiative means.   Initiatives are often vaguely worded and lacking in detail.  And the usual tools courts deploy to deal with vague texts in the legislative context – like legislative reports – aren’t as helpful here.  Even when an initiative is accompanied by a handbook or the like, there’s no guarantee that the voters read it before they cast a ballot.  And judges are often reluctant to look to advertisements, media coverage, or surveys as evidence of the voters’ intent, as these inquiries seem pretty far afield from the usual assessments involved in judicial review.  Finally, we all know it’s hard to figure out Congress’ intent because Congress is “a they, not an it” (when you talk about “congressional intent,” you are really trying to capture the views of many legislators with vastly different motivations).  Needless to say, it is even harder to figure out the intent of the multitude we call “the people.”

Hudson responds to these problems by suggesting an eminently sensible proposal drawn from contract law:  resolve statutory ambiguities against the interests of the party that drafted it.  It’s an idea that makes sense from a normative and practical standpoint.  As a normative matter, organized interest groups hold most of the cards in the initiative process.  Unlike everyday citizens, they possess the resources necessary to get something on the ballot and then get it passed.  Hudson’s rule of construction sensibly places the risk of ambiguity on their shoulders.

The rule creates the right incentives for interest groups to take care in drafting.  Better yet, it reduces their incentives to write a vaguely worded statute in the hope that they will get a big win from the courts (a generous interpretation of a statute that wouldn’t have passed had the question been put explicitly to the voters).  Some think, for instance, that the law struck down by the Supreme Court in Romer v. Evans fit this model; it was sold as a provision outlawing “special rights” for gays and lesbians (like affirmative action), but it’s wording reached a good deal farther to deprive gays and lesbians of more basic protections.

Best of all, as a practical matter, Hudson’s rule of construction is something courts might realistically adopt.  Some of the proposals on interpreting the products of direct democracy have an air of unreality.  They typically require courts to engage in complex political judgments about the initiative, the legislative process, and the relationship between the two.  Hudson’s proposal may not be a slam dunk on the manageability front, but at least we know that courts have had some experience in applying this rule in contracts cases.  At the very least, Hudson’s intriguing proposal looks like a good place to start.