Why Exactly Are Jackson Pollock’s Paintings Shielded by the First Amendment? 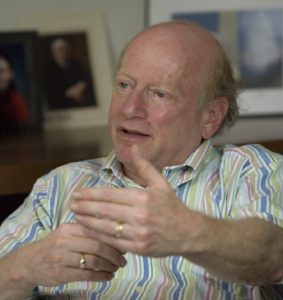 Suppose a suburban city council enacted an ordinance barring the display of any Alexander Calder stabiles or Jeff Koons “sculptures” in any place visible by the public, believing that Calders and Koonses are just ugly. I suspect that most people who know something about the Constitution would think that the city’s ordinance is an obvious violation of the First Amendment’s protection of freedom of speech. After all, we have it on the highest authority that the First Amendment “unquestionably shield[s]” Jackson Pollock’s paintings: If Pollock, a fortiori Koons, whose sculptures at least look like something.

Why does art matter to us – or at least to those of us to whom it matters? Without getting deeply into esthetic theory, Bezanson says, correctly I believe, that art matters because of its non-cognitive effects on us. (On how we think? On what we think? Does it matter which?) That observation takes us into the heart of First Amendment theory. Explaining why California couldn’t punish Paul Cohen under its disorderly conduct statute for carrying his jacket with “Fuck the Draft” on it in a state courthouse, Justice John Marshall Harlan observed that words are chosen as much for their non-cognitive force as their cognitive meaning. Regulating what Bezanson calls propositional speech because it is put in a particular way is impermissible because of the force given the proposition by the non-cognitive elements of its form. Once we give First Amendment status to non-cognitive aspects of expression, though, the ground is laid for explaining why the First Amendment places limits on the government’s power to regulate non-representational (or, as Bezanson calls it, non-propositional) art.

And indeed, that’s what the Supreme Court has said, in laying out the second route to explaining why non-representational art is covered by the First Amendment. Bezanson discusses the Hurley case involving a decision by the organizers of Boston’s St. Patrick’s Day Parade to exclude people marching behind a banner identifying them as gays and lesbians. As Bezanson points out, it was central to the Court’s analysis that, no matter what the intentions or understandings of the organizers and the putative participants were, the organizers’ concern that observers would (mis)interpret the banner as indicating the organizers’ support for gay rights triggered the organizers’ First Amendment rights. True, the parade had propositional content, but only because and to the extent that the audience gave it that content. To put it another way, the Court understood that meaning arises from audience interpretations. And with that understanding, non-representational art must be covered by the First Amendment: “Jackson Pollock’s Blue Poles No. 11 means … to me,” and the First Amendment is off and running.

Bezanson toys with the idea that an audience-sensitive understanding of meaning implies that all meanings are, as the jargon goes, socially constructed (or, even more jargonistically, always already present). I’m pretty sure that that way lies madness – or at least a quite different approach to thinking about the First Amendment. Perhaps there’s some account under which propositions are not socially constructed but non-representational materials’ meanings are. I’m sure that some fanatical social constructionists have made the case for the social construction of mathematical equations, but I’m pretty sure that I (and most of us) would find the case unpersuasive. Move slightly away from that, and social constructionism becomes more plausible. The Origin of Species is full of metaphors that carry some weight in the argument, for example.

I’m skeptical about the possibility about developing an account that tells us where social constructionism kicks in. I’m reasonably sure that novels of all sorts – War and Peace no less than Finnegans Wake – would be on the “wrong” side of the line. S would even most representational art (think here of Edward Hicks’s “Peaceable Kingdom,” which viewers give meaning to). And so would the First Amendment. That is, if my skepticism is well-founded, if all meanings are socially constructed, the First Amendment’s meaning must be socially constructed as well. Yet, that seems to eliminate the possibility of any normative take on the First Amendment: “As it happens, we’ve managed to construct the First Amendment so that it doesn’t cover non-representational art, obscenity – and, by the way, speech critical of the government.” A social-constructionist perspective might be helpful in developing a historical account of the First Amendment’s developments or what, again in the jargon, might be called a genealogy of the First Amendment, but I’ve never understood why some people think that such genealogies provide normative guidance.

There are some common traps in discussing art and free speech. Bezanson doesn’t fall into two, but he certainly teeters on the edge of a third. The first common trap, which Bezanson avoids, I call the “one thought too many” argument after a famous argument by Bernard Williams against utilitarianism. (According to Williams, those who give a utilitarian explanation for the proposition that it’s all right to save your spouse before saving someone else in equal peril on the ground that a practice of saving spouses first maximizes utility in the long run – and, after all, “he’s my wife” – offer one thought too many: “He’s my wife” ought to be enough.) Bezanson describes the work of “currency artist” J.C.G. Boggs, who reproduces in extraordinary detail the currency in circulation in the United States and Europe, with tiny, jester-like tweaks sometimes apparent on first look, at other times revealed only on close inspection. Boggs, in short, makes counterfeit dollars. The U.S. Treasury doesn’t like that, and, according to Bezanson, has routinely seized Boggs’s works as contraband, and has successfully defended against Boggs’s efforts to force their return. If the government can’t ban Jackson Pollock’s paintings, why can it seize Boggs’s?

The “one thought too many” answer invokes the tests the Court has articulated for the application of content-neutral regulations like the laws against counterfeiting to expression: The law’s incidental impact on expression on expression must be no greater than is necessary to serve an important government interest. In the context of artistic expression, the standard example is a performance artist who inflicts real physical harm on an unwilling victim/spectator, and asserts a First Amendment defense. The artist’s defense will be rejected because the general laws against assaults and the like are content-neutral, and their incidental impact on speech is no greater than necessary, etc. But here the “one thought too many” problem arises. The performance artist’s First Amendment defense ought to be rejected as frivolous: The act was an assault, and it’s one thought too many to worry about whether the incidental effect of assault laws on expression is no greater than necessary. Similarly for Boggs’s work. You could go either way on whether applying the counterfeiting laws to Boggs’s work satisfies the “incidental effect” requirement or fails it. The point is that the argument is simply too complicated for the problem at hand. It should be easy to decide whether Boggs’s work receives constitutional protection or doesn’t, just as it’s easy to decide that the performance artist’s assault is, well, an assault.

Bezanson also avoids a second trap, which is to solve some of the problems by stipulation. The Supreme Court is particularly prone to fall this trap. According to the Court, copyright law doesn’t violate the First Amendment because it doesn’t violate the First Amendment, and its contours – fair use, transformative use, and the like – are defined in ways respectful of First Amendment values even though there’s no way that the copyright doctrines as they’ve been elaborated can be accommodated within the strict contours of basic doctrine on content-based regulation. Similarly, the Court says that truthful but misleading advertising is regulable as commercial speech because it is commercial speech. But think about why legislatures can’t regulate completely truthful speech: The First Amendment adopts a principle of anti-paternalism, so that legislatures can’t regulate speech on the ground that it will lead consumers to make decisions that aren’t in their best interest (as determined by the legislature). But wait a minute – isn’t characterizing something as “misleading” paternalist? “We know what this advertisement ‘really’ means, but the poor dumb consumer won’t figure it out, so we have to regulate on the consumer’s behalf.”

This isn’t to say that Bezanson’s proposed solution to the problems posed for the First Amendment by non-representational art is satisfactory. He says that art should be absolutely protected against government sanction, even more so than propositional speech. Although he’s not entirely clear on this, I think he means that the protection for non-representational art should be located elsewhere in the Constitution, perhaps in a robust due process clause. Some of Bezanson’s own examples – especially his recurrent reference to the fact that the Marlboro Man, once “merely” an advertisement, has become a cultural representation of the sort commonly presented in museums (think of the transformation of Renaissance altarpieces, with their depictions of patrons on the sidepieces, into museum works) – show why. One way of putting the general difficulty of assimilating non-representational art, and indeed representational art, into the Constitution is that too much art lies close to the borderline of clearly regulable expression. Performance art and Andy Warhol abut ordinary criminal law and copyright law, and we’re going to need some sensible First Amendment theory to handle the problems. No city council is actually going to prohibit the display of Calder stabiles. But officials are going to want to go after some forms of art. Highly sexualized nudity is necessary to the artistic effect of Equus, and Bezanson’s discussion of Jenkins v. Georgia shows that in a nation as large as the United States we can’t rely on the sensible discretion of enforcement officials to ensure that “serious” art will never be negatively sanctioned.

Even more, the very accounts of some fixed points in First Amendment theory – that non-cognitive effects can’t be disentangled from cognitive ones, that audience understandings of events in the world are important in evaluating whether protected speech has occurred – put the idea that we can distinguish serious art from non-serious art under pressure. Bezanson sometimes seems to think that his absolute rule is tolerable because he would apply it only to serious art. As his discussion of the regulation of dancing in strip clubs shows, the impulse to distinguish serious from non-serious is strong. It surfaces in the (I think) feigned puzzlement about the meaning of “Bong Hits 4 Jesus” in Morse v. Frederick (Chief Justice Roberts called the phrase “cryptic”), and in Justice Blackmun’s characterization of Cohen’s jacket inscription as an “immature antic.” Early on, Andy Warhol’s work wasn’t “serious” enough. Now it’s central to the study of mid-twentieth century art, full stop. Rules that purport to make important differences turn on a distinction between serious art and unserious “art” are unlikely to succeed.

At the moment I don’t have an account of art and the First Amendment that I’m fully satisfied with. (The various traps incline me to go for a theory that treats non-representational art no differently from any other form of expression, and that allows for a high degree of regulation of all forms of expression. That’s pretty radical, though, and I’m not yet prepared to offer a full defense of the position). Bezanson shows how the seemingly narrow field of non-representational art draws us into the deepest questions about the First Amendment itself.

(I think it worth noting as well that the questions arising in connection with the regulation of false statements of fact, canvassed in Paul Horwitz’s post on Schauer’s Nimmer Lecture, are intimately related to the problems Bezanson discusses.)