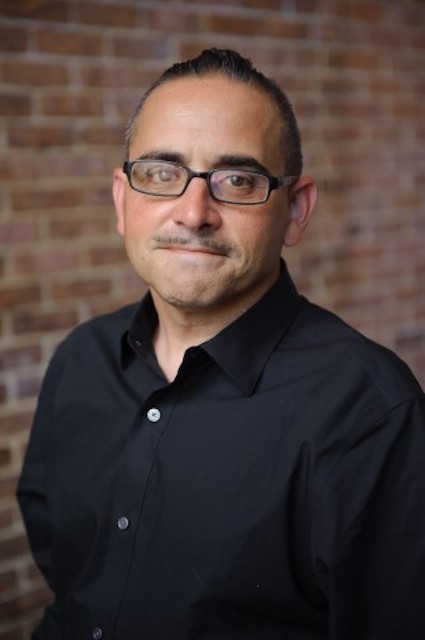 One of the favorite accusations lobbed against the Roberts Court by its critics is that it frequently engages in “stealth overruling.”  It carves away at old precedents without expressly rejecting them, distorting them or limiting them to their facts and leaving them undone in all but name.  In the view of the modern Court’s critics, this is a new and very bad habit.  To repurpose the famous “umpire” analogy offered by Chief Justice Roberts at his confirmation hearings, it is like watching an umpire manipulating the strike zone until it is sometimes as large as the Solar System and sometimes as narrow as the eye of the needle.  Not many sports fans like umpires, but we can admire them for doing their job.  Not so when we believe they are finding ways to cheat the system and bend the rules.   It is far from clear that stealth overruling is new, and it can be used to what most of us agree is good effect: the Court spent decades removing the ground from underneath Plessy v. Ferguson, one brick at a time, until it was ready to topple with the slightest push.  To understand stealth overruling as more than a useful rhetorical stick with which to beat the Roberts Court, we must understand better what a stealth overruling is and what costs and benefits are involved.

That is the goal of The Wages of Stealth Overruling (With Particular Attention to Miranda v. Arizona), a fine new piece by Professor Barry Friedman of New York University School of Law.  By making stealth overruling an object of careful academic study, Friedman hopes to make its nature more apparent and make possible a “normative judgment” of the phenomenon “based on facts, not speculation.”  It is a worthy goal, and Friedman largely rises to the task.  One will come away from his article with a clearer and less passion-clouded view of what stealth overruling involves and why we might disapprove of it.  I want to suggest, however, that there are some internal problems with Friedman’s account, and one big question mark.  And I want to suggest an alternative account of what is troubling about stealth overrulings, one that is more closely connected to broader problems of constitutional jurisprudence than Friedman’s article suggests.

Why engage in stealth overruling?  Friedman rejects two possible arguments – that it is a function of judicial minimalism or a product of the old institutional problem of counting to five – and settles on a third: justices engage in stealth overruling when they wish to avoid the negative publicity that an explicit overruling might engender.  Friedman’s focus here, consistently with his recent work, is on public opinion.  Lower courts and officials, he says, are not stupid: they get the message of stealth overrulings loud and clear.  Courts and police officers alike have understood that what Friedman and others call the stealth overruling of Miranda means that law enforcement officers can violate the older precedent without any negative consequences.  But the public’s temper may be subdued if the Court is subtle about what it is doing.  The Court, he says, uses stealth overrulings to send two different messages to two separate audiences: one of change to the professionals, and one of stability and adherence to the law to the masses.

The costs of this approach, according to Friedman, are significant.  Stealth overrulings sow doctrinal confusion in the lower courts, and encourage courts and officials to defy its earlier precedents.  More important, for Friedman, it removes the public from a genuine partnership with the Court.  It “obscures the path of constitutional law from public view, allowing the Court to alter constitutional meaning without public supervision.”  We would be better off, he suggests, if the Court were open in overruling its prior precedents, so that a public dialogue might take place about the actual meaning of our Constitution.

There is much to chew over in Friedman’s piece.  Many will find both his diagnosis and his normative conclusions compelling.  And, without quite putting it in these terms, Friedman’s piece suggests one interesting conclusion: that, despite talk (including by the Justices themselves) about the ascendancy of originalism in constitutional interpretation, the unwillingness of most members of the Court, including its two most recent conservative additions, to explicitly overrule what they think are misguided precedents suggests that, far from being originalists, they are actually common-law constitutionalists, caught up in the business of interpreting (or distorting) prior precedents rather than reducing constitutional questions to first principles.  This is an important way to better understand the nature, virtues, and vices of the Roberts Court.

That said, there are reasons to doubt Friedman’s conclusions.  The first, of course, and it is one that has been raised elsewhere about Friedman’s approach, is that it is not clear how much weight public opinion about the Court actually carries, either among the public or with the Court itself.  It has some importance, surely, especially over the long run.  But stealth overrulings are designed for the short run.  If the Court goes about quietly eviscerating its precedents long enough, people will notice; we notice avalanches too, even if we do not see all the gradual accumulation of snow that finally triggers them.  In the short run, however, and quite reasonably, it is not clear how much the general public knows or cares about the Court.  I do not mean to deny altogether the relationship between public opinion and what the Court does.  But it is translated through a slow and subtle process of political representation, not in a more direct fashion.  So it is not clear that public opinion is a sufficiently robust explanation of stealth overrulings.

Moreover, there are some apparent tensions or contradictions in Friedman’s account.  On the one hand, Friedman suggests that lower courts and other government officials understand full well the import of a stealth overruling.  They do not need to be knocked over the head with a sentence like “that case is now overruled” to figure out what is going on.  Only the public is none the wiser.  On the other hand, he writes that stealth overruling “confuses existing doctrine, making it difficult for officials and lower courts to decide like cases alike, thereby threatening the rule of law.”  In one version, then, the Court’s professional audience is composed of sophisticated sorts who are adept at reading the Court’s entrails; in the other version, they are lost without a map.  Both cannot be true.

If Friedman has not quite succeeded in making a convincing case for his own account of the causes and consequences of stealth overruling, that does not mean he has not identified an important phenomenon.  But we might give some thought to an alternative account of stealth overruling, one that is more closely tied to a fundamental problem of jurisprudence.  As Friedman’s NYU colleague Rick Hills has observed, judges and legal scholars have a “deeply felt desire . . . to achieve noninstrumental certainty in the law.”  They are called “to hunt for the Snark of ‘pure,’ noninstrumental constitutional value.”  That quest is doomed.  Courts routinely find that some subsequent change in fact or context defies their efforts to put the law in neat and legally pure terms.  The law can only bend so far before it breaks against the demands of the real world.  But judges are especially reluctant to openly abandon the Siren call of doctrinal purity.  Whether they are being genuinely responsive to new contexts or, as in the case of some of the Roberts Court’s decisions, merely deviously rerouting the path of constitutional law, they are unwilling to concede that the usual doctrinal tools do not get them as far as they want.

In this sense, stealth overruling is just a particularly glaring bad-faith example of what courts do all the time.  Stealth overruling is one cause of doctrinal confusion, but not the only one.  Our love of doctrine itself, and especially our lawyers’ faith that pure legal doctrine and our own technical genius provides the answers to all our questions, is the real culprit.  As long as we keep that faith, we should have every reason to expect that our doctrine will outrun reality, and that confusion, inconsistency, and disingenuousness will result.  Stealth overruling is thus just a particularly egregious instance of a much larger problem in constitutional law.