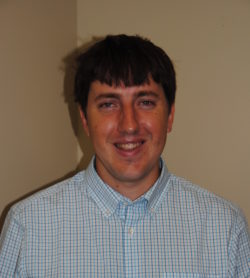 How should courts decide constitutional cases? The question has been a long-time favorite of judges and scholars, who have defined, developed, and defended a variety of approaches to the project of constitutional adjudication. Some such approaches privilege the “original public meaning” of the constitutional text; others emphasize judicial precedent; others require close attention to moral considerations; others focus on welfare maximization; others place weight on majoritarian preferences; others look to social movements; others privilege representation reinforcement; and countless others require a complex weighing of these and other factors against one another. When it comes to the application and development of constitutional law, different theorists think that different types of considerations should guide the decision-making inquiry to different degrees, and a great deal of constitutional scholarship centers on the question of how these various considerations should bring themselves to bear on the resolution of constitutional cases.

Andrew Coan’s illuminating new article is about this second set of questions—questions that go to what Coan calls the “normative foundations” of constitutional theory. These questions, as Coan readily concedes, are by no means unfamiliar to constitutional lawyers; scholars routinely identify criteria for evaluating a decision-making methodology and, in the course of doing so, have very often set out to defend the relevance of the criteria they use. But what Coan’s article aims to provide is a systematic examination of the competing sets of “first principles” from which different theories of constitutional decision-making begin. Coan’s goal, in other words, is to survey the existing landscape of normative constitutional theory with an eye toward describing and evaluating the various types of reasons and arguments that constitutional theorists regard as relevant to the choice among decision-making methodologies.

What Coan is pursuing is thus reminiscent of earlier efforts by Phillip Bobbit, Richard Fallon, and others to develop taxonomies of the different “modalities” of arguments that courts and litigants deploy in defending claims on behalf of particular constitutional results.1 Coan is attempting a similar taxonomizing effort, but he is doing so at a further level back: Specifically, he offers a descriptive framework for grouping together and distinguishing between the different sorts of arguments that theorists deploy in defending claims on behalf of their decision-making methods. That latter framework is interesting and useful in its own right, but it gains additional analytical purchase when viewed alongside various method-based taxonomies that predate Coan’s work. By juxtaposing both sets of categorization schemes against one another, we are better positioned to think carefully about the relationship between choices about normative foundations and choices about decision-making method—asking in particular what our methodological commitments imply about our foundational commitments, and vice versa.

So how does Coan categorize the foundations of constitutional theory? Though not purporting to offer an exhaustive list,2 Coan suggests that mainstream theories of constitutional decision-making typically rest on at least one of four such “normative claims.” These are:

Not all of these claims need be mutually exclusive of one another; if one believes, for example, that present-day legal conventions generally produce desirable judicial outcomes, one could appeal to both substantive and positivist considerations in advocating for a particular decision-making approach. And the categories themselves can accommodate significant variation: Different types of “procedural claims,” for instance, might rely on different underlying concepts of procedural legitimacy, just as different types of “substantive claims” might gauge the moral desirability of outcomes in very different ways. Even so, and as Coan persuasively demonstrates, we can learn a lot about the present-day landscape of normative constitutional theory by thinking carefully about these four different types of normative claims and the different sorts of methodologies they might support.

To begin with, by distinguishing between different types of normative foundations, Coan’s taxonomy facilitates careful and systematic comparison of the foundations themselves. Much of Coan’s article is dedicated to this task. For each of the four foundations he identifies, Coan highlights (a) examples of theories that (either implicitly or explicitly) rest on that foundation; (b) features of the foundation that might make it an attractive starting point for a method of constitutional decision-making; and (c) features of that foundation that make it an unattractive starting point. Thus, for example, when it comes to “metaphysical claims,” Coan observes that several decision-making theories take as their starting point the proposition that judges must “interpret” rather than “modify” constitutional guarantees, the related proposition that the written Constitution represents binding law that judges must obey, or some other baseline proposition that the theory treats as fixed and non-contingent. And having identified a family of theories that share this trait, Coan can then proceed to ask what the proponent of any such theory gains and loses by relying on metaphysical claims. On the plus side, for instance, metaphysical claims might “promise clarity, certainty, and inevitability,” within a world beset by “uncertainty and ambiguity.” (P. 21.) Additionally, metaphysical claims might enable theorists to pitch their arguments in “decisive, knockdown terms,” lending them a “strategic advantage” over arguments whose “moral premises . . . are both contested and vague.” (P. 22.) And finally, metaphysical claims—to the extent they rest on “widely shared premises” about law—might facilitate a useful degree of “overlapping consensus” among persons who disagree about more fundamental matters of political morality. (P. 23.) On the minus side, metaphysical claims threaten to “mask the role of choice in constitutional decision-making,” treating as constant and inexorable a set of propositions that are in fact contested and contingent (P. 26.) Relatedly, metaphysical claims might end up carry an only limited persuasive appeal: by invoking capacious ideas such as “interpretation” or “binding law,” metaphysical claims may well rely on particular conceptions of those ideas that nonadherents simply reject. And metaphysical claims might even “have the potential to be self-defeating” (P. 27): To the extent that their premises deductively require an unpalatable, unpopular, or otherwise undesirable decision-making methodology, metaphysical claims might not so much provide a reason to adopt the methodology as they would provide a reason to “abandon [our] commitment” to the premises themselves. (P. 27.)

Coan continues this exercise in connection with the other three members of his typology—i.e., “procedural,” “substantive,” and “positivist” claims—and the end result of his efforts is a fresh and insightful overview of the foundations upon which many different theories of decision-making rest. No particular claim emerges as the obvious winner. Coan attributes strengths and weaknesses to all four of the four normative foundations, and he readily acknowledges room for reasonable disagreement on the question of which foundation(s) should prevail. His article is thus likely to prove a disappointment to anyone hoping for a knockdown, slam-dunk defense of his or her preferred framework for evaluating an approach to constitutional decision-making. But the aim of the article is not to resolve any longstanding disagreements within the world of normative constitutional theory. Rather, it is to facilitate our understanding of where those disagreements come from and of where they are most and least likely to generate fruitful discussion.

With Coan’s taxonomy added to the mix, we can thus more easily identify what Coan calls “hidden agreements” and “hidden disagreements” between adherents to nominally different theoretical camps. When, for instance, “a positivist originalist clashes with a positivist common-law constitutionalist” (P. 10), their shared commitment to positivism may well matter more than the differing inferences they draw from their positivist premises. Where, by contrast, a “metaphysical originalist clashes with a positivist common-law constitutionalist or a substantive pragmatist, their disagreement is not merely about how judges should make constitutional decisions,” but also—and more fundamentally—“about what types of reasons count in answering the question.” (P. 10.) Indeed, it may even be the case that fellow travelers at the foundational level have more to gain from talking to one another than do fellow travelers at the methodological level: The disagreements between, say, a “consequentialist originalist” and a “metaphysical originalist” may turn out to be far more intractable than the disagreements between a consequentalist originalist and a substantive pragmatist. (The former pair cannot even agree on what the overarching object of constitutional adjudication should be; the latter pair might merely disagree as to how best to achieve the shared goal of generating consistently good judicial outcomes.) In short, by attending to the normative foundations of different constitutional theories, Coan’s taxonomy helps us to identify “points of overlap that create the opportunity for a new and more productive collaboration—among theorists who have generally considered themselves completely at loggerheads.” (P. 11.)

Like any good article, Coan’s work raises many new questions. I found myself wondering, for instance, about the possibility of embedding one type of normative claim within another: One could imagine, for instance, a theorist who adopts a metaphysical postulate for consequentalist reasons (e.g., “Judges must interpret rather than modify the Constitution because any other approach would lead to chaos and disorder.”), or a theorist who adopts proceduralist postulates for metaphysical reasons (e.g., “The written Constitution, whose status as binding law I take as a given, indicates that federal judges should generally defer to the constitutional choices of other governmental institutions”), and I am curious as to how, if at all, these sorts of hybridized theories would fit into the framework that Coan has developed. I also found myself wondering—at the risk of wading too deeply into the waters of jurisprudence and political philosophy—whether one might replicate Coan’s exercise at yet another level back. Having identified different normative foundations of constitutional theory, does it make sense to scrutinize the foundations of those foundations—i.e., the different types of reasons that scholars might deem relevant to the choice among metaphysical, proceduralist, substantive, and positivist claims?

There is, finally, the question of whether one’s metaphysical, substantive, procedural, and/or positivist commitments must always function as “foundations” at the bottom of the analytical tree. It may well be, as Coan suggests, that the best overall approach to deciding constitutional cases is one that (a) begins with an understanding of the big-picture goals of constitutional adjudication, (b) selects the decision-making method that best accords with this understanding, and (c) applies that method to reach case-specific results. But perhaps the process might sometimes operate in a manner that is more “back-and-forth” than unidirectional. I am reminded here of Michael Dorf’s suggestion that “[o]ne does not choose a constitutional theory like a suit off the rack” but that one instead “tailors constitutional theory to one’s own views” about concrete constitutional issues, “including views as they are modified by the initial selection of the theory.3 As a descriptive matter, I would not be surprised if most judges and scholars arrived at their preferred methods of decision-making in just this way, and as a normative matter, I can see why the approach might sometimes prove more attractive than the purely “bottom up” method that Coan’s framework implies. None of which affects the overall utility of the framework itself—Coan’s categories remain clarifying even if their constituent arguments do not always operate at a purely “foundational” level. But the framework does at least raise the important question of whether—and, if so, when—our big-picture objectives, methodological preferences, and assessments of individual outcomes might sometimes relate to one another in a fashion that is more iterative than deductive.

These are just a few of the questions and ideas that Coan’s article helped to generate within my own mind, I suspect that it will be similarly thought-provoking to others who take the time to read it in full.